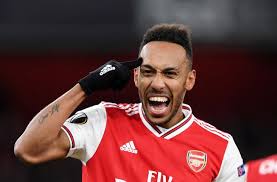 Mikel Arteta has remained quiet on speculation that Dani Ceballos wants to end his loan spell with Arsenal and return to Real Madrid. Ceballos has been out of action since suffering a hamstring injury picked up back in November but he is now ready to return to action for the north London side. The 23-year-old has made just seven starts in the Premier League since arriving at The Emirates from Real Madrid on a season-long loan deal last summer.

Mikel Arteta said “I had a conversation with Dani Ceballos. When I joined the club he wasn’t here, he was in Madrid because he was doing his rehab – for over a month – with the team that owns him. And then, when I came here, he was doing his rehab and by the first two or three weeks he was getting back to fitness and I haven’t seen much of him because he’s only trained with us for a week or 10 days, you know. So, it’s very early to assess what I can or cannot do with him. I heard about all those things but I have nothing to comment.”

Arsenal are now currently preparing for their Premier League trip to Burnley on Sunday afternoon as they bid to get their top-four challenge back on track.

Mikel Arteta said “I want Auba here 100 percent and I can’t wait to have him back after his suspension.”

Alexandre Lacazette is already established as Arteta’s centre-forward of choice, with Aubameyang usually played out wide to accommodate the Frenchman. Lacazette is under contract until the summer of 2022. Keeping both would seem beyond a club lacking the funds to retain top stars and also add fresh talent to the many suspect areas of the squad. Arteta needs to bolster a fragile defence and add creativity to midfield.

There is no denying Aubameyang’s value, but the time may just be ripe for the Gunners to cash in. His age is a factor, although there is no sign of deterioration in Aubameyang’s skills or production. A more compelling reason to sell comes from the youthful talent Arsenal also have at the position. Specifically, 18-year-old Gabriel Martinelli has already made his mark by scoring 10 times since arriving from Brazil last summer.

Arsenal centre back Shkodran Mustafi had to be stretchered off during Gunners’ victory over Bournemouth, and Arteta fears he could be set for long spell on the sidelines.

Mikel Arteta said “We’ll be assessing him between today and tomorrow but when a central defender has to come off, hopefully I’m wrong, but normally it’s not good news. We have a very clear intention of what we wanted to do in the market with the resources we have.If we can do it that’s fine but his fitness won’t change that.”

The 27-year-old Germany defender will have scans on Tuesday to determine the extent of the problem, but Arsenal boss Arteta fears the worst after admitting the early signs were not positive.

#PremierLeagueStories @AVFCOfficial – New #Tanzania signing #MbwanaSamatta expected to make immediate impact and help Aston Villa reach first league up final since 2010 ( And other stories )
#PremierLeagueStories @BurnleyOfficial – #JoeHart #controversy with Live TV plea for club transfer ( and other stories )
We use cookies on our website to give you the most relevant experience by remembering your preferences and repeat visits. By clicking “Accept”, you consent to the use of ALL the cookies.
Do not sell my personal information.
Cookie settingsACCEPT
Privacy & Cookies Policy