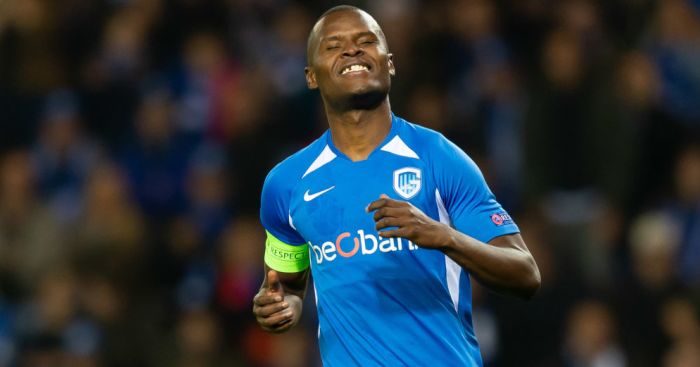 Aston Villa manager Dean Smith is excited by the potential of teenage striker Louie Barry and is confident the new signing will be a hit at the club. The 16-year-old joined Villa from Barcelona last week, just six months after the former West Brom youth-team player had moved to the Catalan club having opted to spurn a senior contract at The Hawthorns.

Dean Smith said “Louie Barry is an academy signing, first and foremost, but he is one with an awful lot of potential. I saw him for 20 minutes in a game last week for the under-23s. He has really good movement and is a bright young kid. I am sure he will be a hit at Aston Villa, but we can’t forget he is only 16. I am excited by the potential he has got, that is for sure. That is why we have gone and got him.”

Dean Smith has declined to suggest how close Barry is to working with the first team, he has no doubt the boyhood Villa fan will one day become a star.

Dean Smith has confirmed defender James Chester has a future with the club despite recent speculation linking him with a switch to the MLS in United States. Following knee and hamstring injuries, the £9million 2016 capture from West Brom made his first appearance for 11 months in the 5-0 Carabao Cup win in mid-December over a reserve Liverpool side. Club captain Chester was hoping his performance had “planted a seed”, yet he has only made one further appearance, in Villa’s FA Cup third-round defeat at Fulham.

Dean Smith said “James Chester is a great character and captain to have around this football club. He is well respected within the dressing room, and within the coaches’ room as well. Ever since he played in the FA Cup against Fulham he’s been in the squad and on the bench because I thought he was our best player against Fulham, and that shows how highly we think of him. Without a shadow of a doubt he has a future here.”

Dean Smith, though, is adamant the 31-year-old is going nowhere.

Dean Smith expects ‘vibrant’ atmosphere against Leicester City at Villa Park for the second leg of the Tuesday’s Carabao Cup semi-final. With the deciding fixture in front of the Villa fans, Smith is hoping home advantage can help the players reach first League Cup final since 2010.

Dean Smith said “Home advantage is very important. I’ve been a spectator at a number of semi-final games at Villa Park and the atmosphere is vibrant. It can certainly help our players and draw the ball towards the goal, especially from the Holte End. We’ve given ourselves a great chance by getting a draw at Leicester. Home advantage can certainly help us.”

Apart from long-term injuries to Tom Heaton and Wesley, Smith has a squad with a clean bill of health and a newly signed striker in Tanzania’s Mbwana Samatta.

Dean Smith has called on new signing Mbwana Samatta to immediately bring his quality to bear as Aston Villa bid for a third visit to Wembley in 21 months and reach first League Cup final since 2010. After playing the last four matches without a recognised striker, Villa boss Smith will hand Samatta his debut for the second leg of his side’s Carabao Cup semi-final at home to Leicester following the Tanzania international’s recent £8.5million move from Genk.

Dean Smith said “We’ve all seen before how expectations can be built up, but not from within the building. There’s always an adaptation risk when a player comes in from another country, and we’ve had a few this season. We’re not expecting him to hit the ground running straight away, but we know the qualities he has and hopefully he can bring them to the forefront straight away. Mbwana Samatta is a different kind of player. Wesley’s big, strong, can make the ball stick, he can link it up. Ally’s more of a player that will work off the shoulders, a penalty-box goalscorer. They’re different types of strikers.”

Despite signing Mbwana Samatta, Dean Smith is hopeful of bringing in another forward before the transfer window closes on Friday night.

#Featured #PremierLeagueStories @KobeBryant – #KobeBryant, you were a role model for the sports industry and remembered forever especially by #tottenhamhotspur fans
#PremierLeagueStories @Arsenal – Will #PierreEmerickAubameyang be sold in January transfer window + #ShkodranMustafi injury ( and other stories )