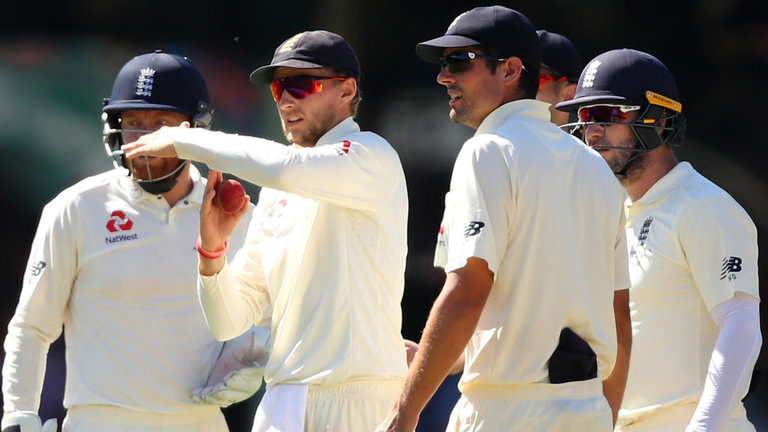 Southampton boss Ralph Hasenhuttl was livid Spurs defender Japhet Tanganga’s “clear handball” in the penalty area was not checked by video referee Jonathan Moss. It cost his side a possible FA Cup fourth-round win, with a replay forcing players and staff to cancel holidays in the sun.

Hasenhuttl said “If they didn’t check then it’s a disaster, because that’s what VAR is for. It’s a clear handball. We are playing at a Premier League ground so we have VAR. It’s not perfect for the competition that it’s not at every game. But if you have it and you don’t use it, it’s a joke.The game deserved to have a winner and a loser today. I would like to have extra-time and a penalty shootout. That’s what a Cup game is about. It’s a pity because we now have a replay in our winter break. That doesn’t make sense.”

A bowler thuds the ball into the batsman’s pads and begins to appeal, joined by his entire team – keeper, slips and just about everyone else imploring the umpire to put his finger up. So sure is he that the official must see things his way. The umpire remains unmoved and captain, wicket-keeper and bowler congregate to decide if they should call on Hawkeye and the Decision Review System to attempt to overturn this injustice. ‘Probably pitched outside leg’ admits the keeper. The bowler, seconds ago so adamant, shrugs his shoulders. The umpire, they concede, was probably right. On with the game.

The contrast to premier league this season could not be starker. The season has been blighted by controversy around the use of the Video Assistant Referee (VAR). Penalties are given, then reversed or not given, and then awarded after a protracted delay. And then retaken once they’ve been saved. Offside outcomes take 5 to 10 minutes to decide vs. letting it be unclear and leaving it to referee’s judgement.

How it is done in cricket…

In cricket each team gets one or two review chances based on the game format. Since there are limited chances and the decision to take the review is on teams, they will only review when they are sure there is a clear and obvious error on the part of umpire. If the on-field decision is overruled by the third umpire, the team does not lose any review but if the umpire’s decision is sustained, the team loses the review option each time. The umpires too are allowed to seek the DRS whenever in doubt.

From match experience standpoint, if there is a review it will go up on the big screen and you can hear the third umpire chat to the on-field umpires. On broadcast, commentators go quiet so [viewers] can hear the conversation and how the decision is being made. That is absolutely vital – people have paid good money to sit in the stands and they will want to know what’s going on. That’s something football can easily learn from.

How it is done in NFL ( American Football )…

NFL has already devised a system to ensure referees are not involved in outcomes of the game. It’s called the coaches challenge system. It takes responsibility away from off-site video assistants and hands it to the aggrieved teams themselves. Because who better to decide what’s “clear and obvious” than the managers who believe they’ve been clearly and obviously wronged ?

Each coach would have one challenge per game. One opportunity to trigger a review. If the review yields an overturned call, the coach gets a second and final challenge. But that’s the cap. A second success doesn’t earn the coach a third. This will significantly reduce the amount of time spent waiting on VARs, not only because it introduces a maximum of four reviews per game, but because it forces coaches to be prudent rather than reckless with their challenges. They can’t just reflexively call for a review of a first-half goal, because if they’re wrong, they have no recourse for the second-half decision that is clearly and obviously wrong.

Once a review begins, the referee jogs over to a pitchside monitor. Once he gets there, he and the Video Assistant Referee have 60 seconds to make a decision. If the evidence they see in those 60 seconds convinces them the call on the field was wrong, they overturn it. If not, they leave it as is. The time limit essentially serves as the “clear and obvious” threshold. If offside is in question, and intricate lines from grass to shoulder are necessary because nothing about the play was “clear and obvious,” the refs won’t have enough time for definitive conclusions.

Impact the adoption can make …

The big impact of giving teams a chance to appeal/call on the VAR themselves is that that effectively adds 22 pairs of eyes (or 11 anyway depending on who commits a foul) so you get more accurate refereeing.

The second big impact is that it immediately kills almost all complaining to the referee as the referee can point to the appeal for teams to go to and tell whining players to see the proof. And that in turn balances out the time it takes for the VAR to make decisions. A limited amount of chances or losing the chance to appeal if you get it wrong also limits how much time it costs.

Cricket fans will be familiar with the phrase ‘umpire’s call’, used when an incident is deemed too close for technology to intervene. This principle could work wonders in premier league – especially when it comes to tight offside calls.

Liverpool’s game against Wolves at Anfield would have been a perfect test case. Sadio Mane found the back of the net late in the first half, but Adam Lallana was penalized for a handball in the buildup. Liverpool coach Jurgen Klopp or his captain, Jordan Henderson, would have had 10 seconds to challenge the call. Given Lallana’s immediate insistence that the ball hit his shoulder, not his arm, they likely would have. A quick VAR review would have shown that Lallana was right. And the goal would have been given. Liverpool, therefore, would have been awarded a second challenge.

But when Wolves had the ball in the back of the net a few minutes later, not a single Liverpool player complained. They started walking, dejectedly, back to the center circle. That there might have been an offside in the buildup was not even in question. So Klopp likely wouldn’t have challenged. And after 10 seconds, there would be no need to restrain celebrations. No need to fear.

And if Klopp did challenge?

In recent months the Premier League seems to have become less about the action on the pitch and more about drawing lines from attacker’s armpits. Surely it makes more sense to learn quickly from sports who have been using technology with limited complains and make the most popular league in world about soccer vs. referee’s decisions using technology they don’t fully understand yet?

#PremierLeagueStories @SheffieldUnited – #ChrisWilder believes his players should get national call up and #JackRobinson joins their revolution
#PremierLeagueStories @afcbournemouth – #EddieHowe hopes #HarryPotter ‘s visit inspires the squad to climb out of the Premier League relegation zone
%d bloggers like this: