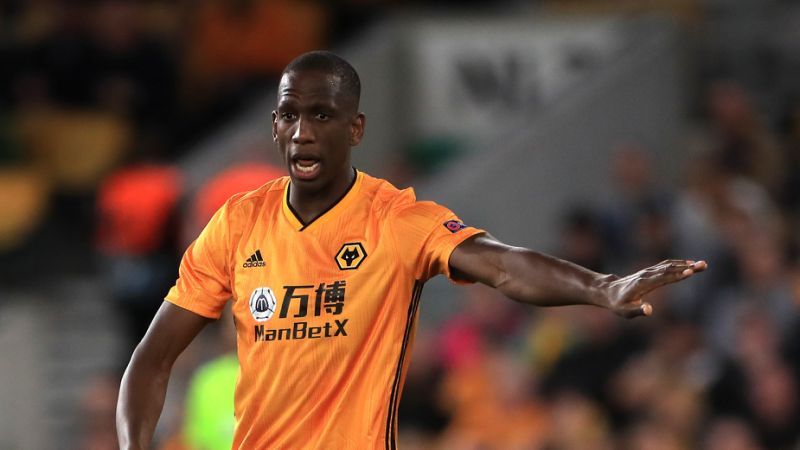 Willy Boly who has not featured for Wolves since breaking his fibula in October but returned to the bench for the 2-1 defeat to Liverpool on Thursday night. The centre-half is now battling it out with midfielders Leander Dendoncker and Romain Saiss to start at Manchester United, on February 1.  Leander Dendoncker despite competition is delighted to have the squad getting strengthened again.

Leander Dendoncker said “I think it is good he is back. I think we could use him, he is of a great value to our team and I think he will help us.”

Leander Dendoncker moved to the right of the back three due to Boly’s injury for the second half of the 1-1 draw at Newcastle United and has kept the shirt. Dendoncker says it has taken time to adapt, with Boly’s return freeing up the possibility of a midfield return.

Wolves’ long-term vision of a 50,000-seater Molineux has not changed but they are now exploring ways of catering for many of the 10,000 people on a waiting list for season tickets. The high-flying Premier League club’s chief executive Laurie Dalrymple and chairman Jeff Shi had clarified that work on expanding their 32,000-seater home to between 45,000 and 50,000 could begin as early as this summer. The proposed redevelopment would take place in several stages over the coming years, starting with the Sir Jack Hayward Stand behind the goal at the city end of the stadium. The news will allay fears among fans that Wolves’ Chinese owners Fosun, who bought the club for UK£30 million in 2017, were considering leaving Molineux, which has been the team’s home since 1889.

Wolves have made Ecuadorian striker Leonardo Campana their first signing of January 2020 transfer window. He has joined on a three-and-a-half-year deal.
Despite his tender age, Campana has four senior Ecuador caps to his name. The teenager helped Ecuador win the South American Under-20 Championships last year, and finished the tournament as top goalscorer. Campana came up with six goals in nine tournament games. Campana also starred as Ecuador got third place in the Fifa U20 World Cup last year. His senior appearances have all come in friendlies – against the USA, Honduras, Peru and Bolivia. So, the centre forward also has some good experience under his belt.Leonardo Campana will not immediately be available to Wolves, though, as he has flown back to South America to play for his nation in the pre-Olympic Championship.

#SolCampbell – Judas of Tottenham Hotspur & Invincible at Arsenal
#PremierLeagueStories @SheffieldUnited – #ChrisWilder believes his players should get national call up and #JackRobinson joins their revolution
We use cookies on our website to give you the most relevant experience by remembering your preferences and repeat visits. By clicking “Accept”, you consent to the use of ALL the cookies.
Do not sell my personal information.
Cookie settingsACCEPT
Privacy & Cookies Policy