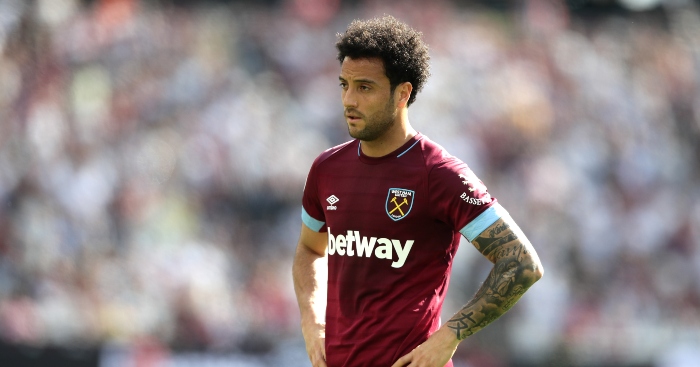 David Moyes has poured cold water on the idea of Dimitri Payet rejoining West Ham United before the close of the transfer window next Friday. Payet scored 15 goals during 18 eventful months in East London but forced his way out for a return to the south of France in 2017 by effectively going on strike.

Moyes, though, said there has been no discussions within the club regarding the France international.

Moyes is looking to bring in midfield reinforcements and has already had an approach to bring Ross Barkley in on loan from Chelsea knocked back. He also wants an additional attacking option and right back is an area of concern with Ryan Fredericks absent due to a hamstring injury.

West Ham have found themselves in a legitimate relegation fight following their 4-1 defeat at Leicester paired with wins from Bournemouth and Aston Villa. The Hammers are now level with the Cherries and Watford, who are both in the bottom three, with just 14 games left to play in the Premier League season.

David Moyes has identified key reasons for West Ham’s bad season is Manuel Lanzini’s poor form. The Argentina international, who only returned from a torn ACL late last season, has yet to score in 17 appearances and David Moyes is desperate for him to find his form again.

David Moyes said “Our creative players are missing, we miss Felipe Anderson. We are really crying out for Manuel Lanzini to return and come back to the level he was at and they are our creative players. They are the ones we have, we have lost one of them to injury and one who is not in his best form but we have to try and get that creativity back in it.”

West Ham have been dealt an injury blow after manager David Moyes revealed Felipe Anderson will be sidelined for a month. Anderson, 26, missed last weekend’s draw at Everton after falling awkwardly in the Hammers’ 1-0 defeat against Sheffield United earlier this month.

David Moyes  said “Felipe’s got a problem with his back, which looks like it’s going to keep him out for about four weeks.”

Felipe Anderson who opened his account for the season in the Scot’s first game back in charge against Bournemouth on New Year’s Day, is set to be absent for longer than first expected. Andriy Yarmolenko has also been ruled out until February. But the Hammers could be boosted by the return of Michail Antonio, who has been missing since December with a hamstring issue.