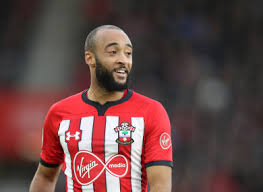 Southampton manager Ralph Hasenhuttl revealed why he opted to bench top-scorer Danny Ings for his side’s meeting with Crystal Palace. On the back of 5 wins and a draw from their previous 6 across all competitions, the saints have pulled up good performances to climb out of relegation places.  Against Crystal Palace, Southampton’s advantage came despite the club’s star man to this point in the campaign, in the form of Danny Ings  been benched .

Ralph Hasenhuttl  said “Danny [Ings], we don’t want to take the risk with. Another game on Saturday and we need him [for that] so he’s coming from the bench today.”

Danny Ings’ ability to score goals has never been in doubt. It was just a case of whether his knees would let him. He has appeared in all but two of Southampton’s games this season, starting 18 of their 22 Premier League matches.

Southampton winger Nathan Redmond is certain the players won’t be getting carried away with their recent form. Tuesday night’s win over Crystal Palace, a game which saw Redmond net a superb goal, moved the St Mary’s outfit into the top half of the Premier League table.

Nathan Redmond  said “I know it’s the old cliche, that it’s always the next game, but we just want to see how much we can improve game on game. I think we’re massively proud, but at the same time, we’re looking at games in the early part of the season, where we’re kicking ourselves because we should’ve picked up points. That’s the beauty of football – you always want to learn. There’s a lot of games still to play. The next game is against Tottenham in the cup, so that’s the most important one.”

Southampton’s start to the season was a torrid one: the Saints collected just eight points from their opening 12 games. But recently, Ralph Hasenhüttl’s men have turned their form around remarkably, now boasting 28 points from 23 games and having scalped the likes of Leicester City, Tottenham Hotspur and Chelsea.

#PremierLeagueStories @LCFC – #BrendanRodgers hoping to be lucky with #JamieVardy ‘s injury just like #WilfredNdidi
#PremierLeagueStories @NUFC – Discussing the future of #JetroWillems and #ChristianAtsu with Newcastle United
We use cookies on our website to give you the most relevant experience by remembering your preferences and repeat visits. By clicking “Accept”, you consent to the use of ALL the cookies.
Do not sell my personal information.
Cookie settingsACCEPT
Privacy & Cookies Policy