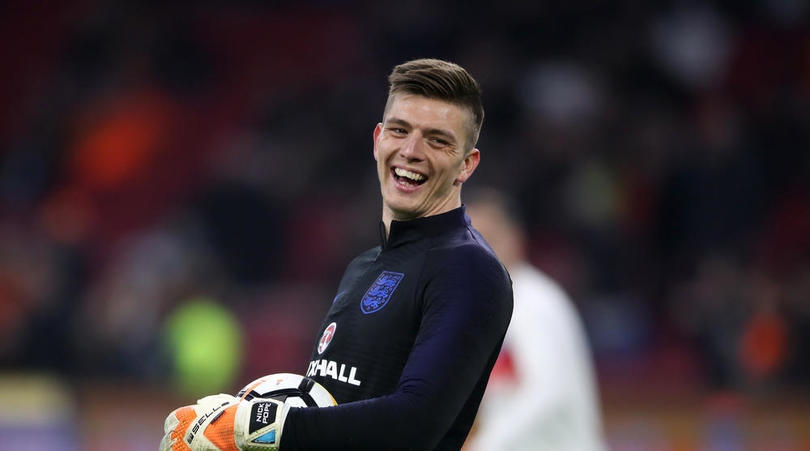 Burnley Goalkeeper Nick Pope has said he wants his Burnley team-mates to build on their comeback win over Leicester as they look to climb further away from the Premier League relegation zone.

Nick Pope said “We’ve not had a bad season.  We’ve got 27 points, so it was just a bad run that we’ve come out of. We can’t stop here, it’s one game, so it’s great to get three points and feel like we’re back on it and stop the rot, as it was. But now we’ve got to take that into Wednesday. There are no givens in the Premier League, so we’ve got to really take that and use it in a positive manner”

In the game against Leicester City, the visitors had dominated what was a poor first half from Burnley but had only Barnes’ strike to show for it. Burnley were much improved after the break going forward, but were still grateful for a man-of-the-match display from their goalkeeper who saved a penalty from Jamie Vardy.

Burnley manager Sean Dyche has praised the mentality of his players after Burnley came from behind to beat Leicester 2-1 and haul themselves clear of the relegation zone.

Sean Dyche said “I think if we’ve been deserving of a twist, that’s it — and we have been deserving. We’ve been punished in the last few weeks so many times. We’ve had a tough run of games with the results and a few questions about it but to handle all that and deliver that performance shows the strength of the group.”

The win gives the Clarets a five-point cushion above the drop zone and lifts the mood considerably ahead of a trip to face Manchester United.

Burnley boss Sean Dyche said his club have had ‘no bids’ amid speculation about a Ben Gibson Middlesbrough return. The former Boro central defender has become frustrated on the fringes at Turf Moor and is understandably desperate to play regularly again to prevent his career stagnating.

Sean Dyche said “First of all it is football thinking and we want a squad that can cover every position.  Of course there will be a business angle as well and if the business angle is correct for the football club then we make decisions, if not then there is no decision to make. Whenever a player comes into the building it is not my style to say ‘you are definitely this or that. Equally when they are out of the team they can be back in it very quickly and because we have a slightly more rounded squad now, you can come straight from the stand to the side because I have trust in the players that we work with. That is the challenge you want from a managerial point of view, you want as many capable players as you can get.”

Ben Gibson hasn’t started a Premier League game this season and has made only six appearances since arriving at the start of 2018-2019 season. Ben Gibson was expected to provide added competition in Sean Dyche’s squad alongside fellow centre-backs James Tarkowski, Ben Mee and Kevin Long as the club was expected to have participation in Europa League after the Clarets’ impressive seventh-place finish in previous season.

#PremierLeagueStories @Arsenal – #MikelArteta believes Chelsea game is must win for champions league chances
#PremierLeagueStories @ChelseaFC – #FrankLampard rues missing killer instinct after draw against Arsenal and other Chelsea stories
We use cookies on our website to give you the most relevant experience by remembering your preferences and repeat visits. By clicking “Accept”, you consent to the use of ALL the cookies.
Do not sell my personal information.
Cookie settingsACCEPT
Privacy & Cookies Policy