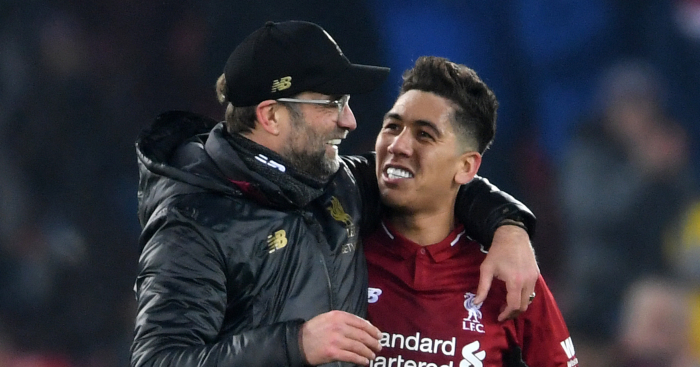 Virgil Van Dijk insists he and centre-back partner Joe Gomez cannot take all the credit for Liverpool’s recent defensive improvement. Under Virgil Van Dijk’s defensive leadership , Liverpool have taken seventh successive clean sheet in all competitions. Van Dijk and Gomez featured in six of those matches, the pair missing the FA Cup win over Everton, and since Gomez came into the team as a regular starter on December 14 their record is eight clean sheets in nine games.

Virgil Van Dijk said “Everyone is involved in that. We have a fantastic goalkeeper, the full-backs doing their job, our midfielders and stars obviously up front so it is a whole collective thing. But obviously as a defender we are very pleased to keep clean sheets because we all know that with us if we keep a clean sheet there is a big chance to win the game so it is a good feeling. We can’t deny that we are in a good situation but we don’t get carried away,” he added. These things don’t mean anything at the moment, only at the end of the season. Hopefully it does mean something at the end of the season. We all know why we are doing it. We all know why we work so hard for each other. I think the very good thing about this is that we are always trying to find a way. It will never be easy, we all know that, but I think the good thing is we know it is never going to be easy so you can adapt to deal with certain situations.”

Liverpool have lost just one of their last 61 league matches and need just 10 more victories to lift a first title in 30 years.

There was a time when Klopp felt “alone” at Anfield when he was still trying to turn doubters into believers. Liverpool had just lost 2-1 at home to Crystal Palace in November 2015 not long after Klopp had taken charge. The German could not believe fans began to walk out moments after Scott Dann put Palace in front in the 82nd minute and he let them know he was unhappy about it. There was some unease at the club at Klopp taking on the supporters, wary that if any of his recent predecessors had tried to it would have been met with anger from the Kop.

The fans believed in him and that is why they stayed on to applaud the Reds following a 2-2 draw with West Brom a month later. Liverpool were mocked for seemingly celebrating a draw with a lesser side as the squad stood hand in hand to bow in front of the Kop. It felt strange at the time but it was the start of a bond which has helped them turn Anfield into a ground that has given them the platform to become European, world champions and soon-to-be English champions.

Fast forward to few years and Jurgen Klopp’s walk to the Kop at the end of home games has become a tradition since he helped make Anfied a fortress again which has helped the Reds rule at home and abroad. Towards the end of last season, he would offer them three punches into the air with each met by a huge roar. This season he dropped that habit because the TV cameras would hone in on him and he felt that was intrusive on what is his moment with his adoring fans.

It’s over 1,000 days since Crystal Palace beat them 2-1 in April 2017 and nobody has managed it since in the Premier League. It is an intimidating ground to visit once again, reminiscent of the 1970s and 1980s when the Reds ruled English football, from the moment the teams walk out to “You’ll Never Walk Alone” booming out and throughout the game.