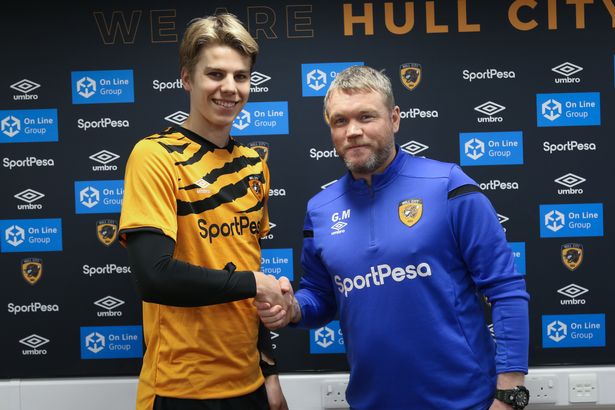 West Ham United have sold Martin Samuelsen to Hull City for an undisclosed fee, as reported by the club’s official channels. The Norway international only ever played two competitive matches for the Hammers, which both came in Europa League qualifying ties against Birkirkara during the 2015/16 campaign. The supporters had clearly been hoping that there would be far more in store for Samuelsen than the two appearances he ended up having to settle for.

Samuelsen is a versatile playmaker, who can play as an attacking midfielder, a central midfielder, a winger or as a striker, spent 2019 on loan with FK Haugesund in his homeland. Martin Samuelsen is a former Manchester City academy player. After impressing as a 14-year-old in the youth ranks of Vard Haugesund, which saw him attract interest from clubs including Chelsea and Real Madrid, the young Norwegian first headed to England a year later and joined Manchester City’s academy.

After three years with the Sky Blues, Samuelsen was signed by West Ham in 2015. Samuelsen made his international debut for Norway in 2016.

#mustread #PremierLeagueStories on Jan 18 2020 – #NigelPearson believes Wolves focus is more on premier league survival and not FA Cup
#mustread #PremierLeagueStories on Jan 18 2020 – #DavidMoyes believes West Ham is a project where he needs to prove his management skills are relevant ??
We use cookies on our website to give you the most relevant experience by remembering your preferences and repeat visits. By clicking “Accept”, you consent to the use of ALL the cookies.
Do not sell my personal information.
Cookie settingsACCEPT
Privacy & Cookies Policy