#Featured #PremierLeagueStories -#AshleyYoung first +34 “transfer out” of English Premier League to Italy, we look at all 34+ transfers ? 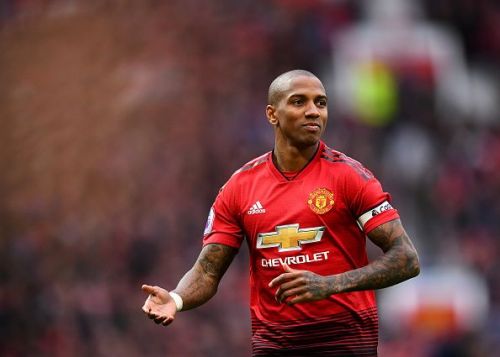 Ashley Young is on his way to Inter Milan after Manchester United agreed a deal with the Serie A giants. Ole Gunnar Solskjaer intended to keep hold of Young – and even offered him a one-year extension – but the England international made it clear he wanted to move on. There is a lot of furore about Ashley Young’s decision but we have to understand that Ashley Young is reaching a sunset period of his playing career and this is his last chance for one more hurray.

Below we look at some players who had transfers after the age of 34  in their final days of playing career.

Few Premier League players have been as evergreen as US goalkeeper Brad Friedel, who seemed to get better with age over a distinguished career in English football. Having failed to establish himself in three seasons at Liverpool, Friedel moved across the North West to Blackburn where he became one of the finest goalkeepers in the division.

He won the League Cup in 2002 and was named in the PFA Team of the Year in 2002/03, before bringing an eight-year spell at Ewood Park to an end with a move to Aston Villa. Three seasons at Villa before a further five followed at Tottenham, with Friedel eventually retiring aged 42 in 2015.

He is now head coach at MLS side New England Revolution.

Gerard Houllier’s decision to sign the 35-year-old from Coventry in July 2000 surprised a few people – McAllister included – but by the end of the 2000/01 season, he had helped the club win the UEFA Cup, FA and League Cups. Gary played less than 100 games for Liverpool, but his impact was huge.

Gary McAllister said “This is fairy tale stuff for someone at my stage of life.

In 87 Liverpol matches, a number of moments stand out. He put in a man of the match display against Alaves in the UEFA Cup final and capped the victory with a goal. The Scot is also loved by fans for his spectacular 45-yard free-kick against Everton, four minutes into stoppage time as Liverpool beat their Merseyside rivals 3-2. Days after that fabulous win, McAllister’s penalty against Barcelona set up the UEFA Cup date with Alaves, as Liverpool saw off Luis Enrique, Pep Guardiola and Rivaldo in a nail-biting semi-final at Anfield.

Steven Gerrard, 20 years old at the time of McAllister’s arrival, claimed he learned “bucketloads” from him, writing in his autobiography that he would run to the team bus in order to sit next to his veteran team-mate for away games. McAllister left to become Coventry manager in 2002, though he could be about to make a welcome return, with reports suggesting Brendan Rodgers will make him a coach.

When the Holland goalkeeper arrived at Fulham it seemed a bit of an odd one. Van der Sar had won the Champions League with Ajax but had just come off the back of an underwhelming spell at Juventus (who had brought in Gianluigi Buffon to replace him). Now into his fourth decade, did he really have the appetite to revitalise his career? The answer was clear: yes, and then some. After proving himself in the Premier League over four seasons, Van der Sar left Craven Cottage for Old Trafford, where he instantly solved a keeper problem Manchester United had been suffering from for years. He left six years later with four league titles and a Champions League winner’s medal.

Despite new training regimes and dietary constraints, Bould’s Arsenal days were finally coming to an end and the popular defender was coming up to a testimonial but rather than just see out his days on the bench Steve took on a new challenge, newly promoted Sunderland, despite having just signed a new two year deal with the gunners. Peter Reid paid half a million quid for the vastly experienced centre back in July of 1999, desperate to add leadership and experience to his fledgling side – the 36 year old was the ideal candidate. Bould’s calming influence worked wonders on the likes of Paul Butler, Jody Craddock and the Darrens, messrs Williams and Holloway.

Undoubtedly one of the most skillful players that the English game has ever produced, Peter Beardsley made his name at Newcastle United, scoring 67 goals for the club between 1983 and 1987. He then moved to Wanderers’ opponents  Liverpool, for a British record fee of £1.9m under the supervision of legendary manager and ex-Liverpool striker Kenny Dalglish. He was controversially sold to Everton in 1991 for £1m, before moving back to Newcastle United in 1993, joining his former Liverpool teammate Kevin Keegan at St James’ Park.  He played for a further four years at the club, almost captaining them to the FA Premier League title in 1996, but they were pipped to the title by Manchester United.

It was, then, with excitement, that Bolton Wanderers signed a 36yr old Beardsley for a fee of £450,000 in an attempt to stave off relegation from the Premier League at the first attempt. The move can best be described as disastrous. Failing to settle at the Reebok Stadium, Beardsley would only make 17 appearances for Wanderers, scoring twice, before he was loaned and eventually sold to Manchester City the following summer. He just didn’t fit in at Bolton.

The Rams acquired an experienced International player who had come from a team second in the Premiership to a team second from bottom of the same league. John Gregory beleived that shows the commitment of Lee to Derby County.

John Gregory  said “Rob Lee has signed a contract that will keep him at Pride Park for the rest of this season. Rob  Lee is here until the summer and we have an agreement with each other that it might be extended for 12 months if both parties agree.”

Reading between the lines it appears Rob will stay with Derby for 16 months if the Rams maintain their Premiership status, or Lee will be allowed to leave if the club are relegated. Relegation doesn’t seem to be on Roberts mind though as he gave this statement.

Rob Lee said “I wouldn’t have signed if I thought Derby where going to be relegated and the manager doesn’t believe that either”.

After a short, unsuccessful spell with Derby, which saw them relegated from the Premier League, Lee was sold to West Ham United in 2003, after scoring twice in games against Reading[5] and Ipswich Town.

#mustread #PremierLeagueStories Jan 17 2020 – Will #PepGuardiola break premier league manager’s birthday jinx & other Manchester City stories
#mustread #PremierLeagueStories on Jan 18 2020 – #Iran conflict means no winter break in #MiddleEast for Manchester United
We use cookies on our website to give you the most relevant experience by remembering your preferences and repeat visits. By clicking “Accept”, you consent to the use of ALL the cookies.
Do not sell my personal information.
Cookie settingsACCEPT
Privacy & Cookies Policy