#mustread #PremierLeagueStories on Jan 9 2020 – Will we see a consistent performance of #GylfiSigurdsson or is heading out of Everton ? 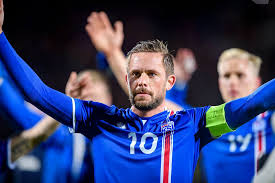 Iceland’s Gylfi Sigurdsson made a name for himself at Swansea after struggles at Spurs – in way not too dissimilar to how he is coping at Everton.   Sigurdsson excelled at The Swans, scoring important goals as well as free kicks. He was the main man. With less possession that any of his other clubs, they needed moments of magic tailor-made for Sigurdsson’s sporadic style – thus he thrived. He played well enough to secure his Everton move, with the fact that Swansea were relegated the following year a testament to his ability.

Sigurdsson was bought to fill void after Lukaku, and to a lesser extent Barkley, left for bigger things and Everton needed someone to have similar striking abilities. At Everton, and arguably at Spurs, he has been a victim of a variety of styles. Koeman and Allardyce’s methodical, soporific system often meant the ball bypassed Sigurdsson. Also, he was occasionally be shunted out wide, a position he never showed any aptitude for.  Sigurdsson has undeniably struggled to play his part in filling that void, and at times it is difficult to put the finger on where he’s going wrong. The Icelander is often guilty of drifting his way through games, not contributing what number tens, such as Kevin De Bruyne for Manchester City, do for their clubs.

Speaking after a humiliating FA Cup loss at Anfield, Sigurdsson admitted he was disappointed with his own, and his team-mates’ performances. Gylfi Sigurdsson  said “Everyone associated with the club – fans, staff, players – are disappointed with the result. I think we have only got ourselves to blame not to have taken our chances in the first half. It’s very disappointing. We’ve just got to make sure we continue the form we had in the Premier League the last couple of weeks and try to finish off the season strongly.”

There have been sparks. Flashes of brilliance that prove he’s worthy of the shirt – a stunner away at Leicester last season comes to mind, or a long-range effort against West Ham earlier in the season. But Evertonians look to their number 10 to gain a stranglehold on games, to influence proceedings and ultimately be the game-changer. To play for Everton an occasional wonder goal or free-kick is simply not enough to warrant a secure spot in the team. It is that inconsistency, coupled with the arrival of new manager Carlo Ancelotti, that has led to discussion over whether his time at Goodison is under serious threat.