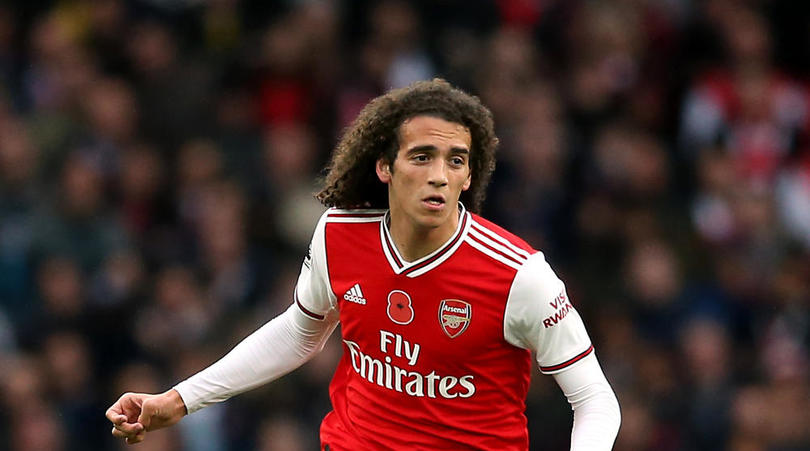 Arsenal booked their place in the fourth round of the FA Cup with a nervy 1-0 win over Leeds United at the Emirates Stadium on Monday night.However it was not just a tale of 2 Arsenal in each half but also 20 year old Matteo Guendouzi.

Guendouzi has been off form for several weeks, unreliable, tactically ill-disciplined and easily spooked to extent that Mikel Arteta kept him on bench since taking over Arsenal. In the first half against Leeds it seemed a matter of when, not if, he would cost his team-mates a goal. His passing success rate in the first half was 80%, lower than you would want from a deep-lying midfielder, but that even when he found his man he often played him into trouble. The Championship side played their way past him and attacked an ill-protected Arsenal backline.

Yet no-one better exemplified Arteta’s assessment that this was a game involving two different Arsenal sides than Guendouzi. Whether it was due to the dressing down the head coach gave them at the interval, the adjustment that saw the Gunners play out from the break with much greater frequency or even just a tiring opponent the Frenchman was a remarkably different player. Guendouzi found his own way around Leeds’ press, simply running through it; the midfielder completed as many dribbles in the second half as Nicolas Pepe.

Arsenal Manager Mikel Arteta did not specifically comment on display of Guendouzi in his press conference. Mikel Arteta said “I watched a lot of Leeds games and they battered every team every three days. It was good for my players to learn and to suffer on the pitch. Thank God, I wasn’t happy at all [after the first half]. If you’re not ready for Leeds, you’ll get exposed. To play against Leeds is like going to the dentist. They are a great team and what they’ve built is powerful.”

Guendouzi’s challenge – It is one that should be absolutely normal for a player his age – is to make that second half the norm and to adapt to Arteta’s demands. It will doubtless help that the fixture congestion is about to ease off and Arsenal’s new head coach will finally have time to drill his players on the training pitch because that is what this player needs. He may thrill with the raw chaos he brings to the side but a disciplined Guendouzi would be an even more valuable tool for Arsenal. Considering Arteta’s already impressive reputation for developing players such a scenario does not seem impossible.

#mustread #PremierLeagueStories on Jan 8 2020 – Burnley striker #JayRodriguez continues to answer critics with goals for fun ??
#mustread #PremierLeagueStories on Jan 8 2020 – Leicester hero #DannyDrinkwater joins Aston Villa on loan !!
We use cookies on our website to give you the most relevant experience by remembering your preferences and repeat visits. By clicking “Accept”, you consent to the use of ALL the cookies.
Do not sell my personal information.
Cookie settingsACCEPT
Privacy & Cookies Policy