#Featured #PremierLeagueStories – #Declutter #FootballAgents , why they are loved and hated?? 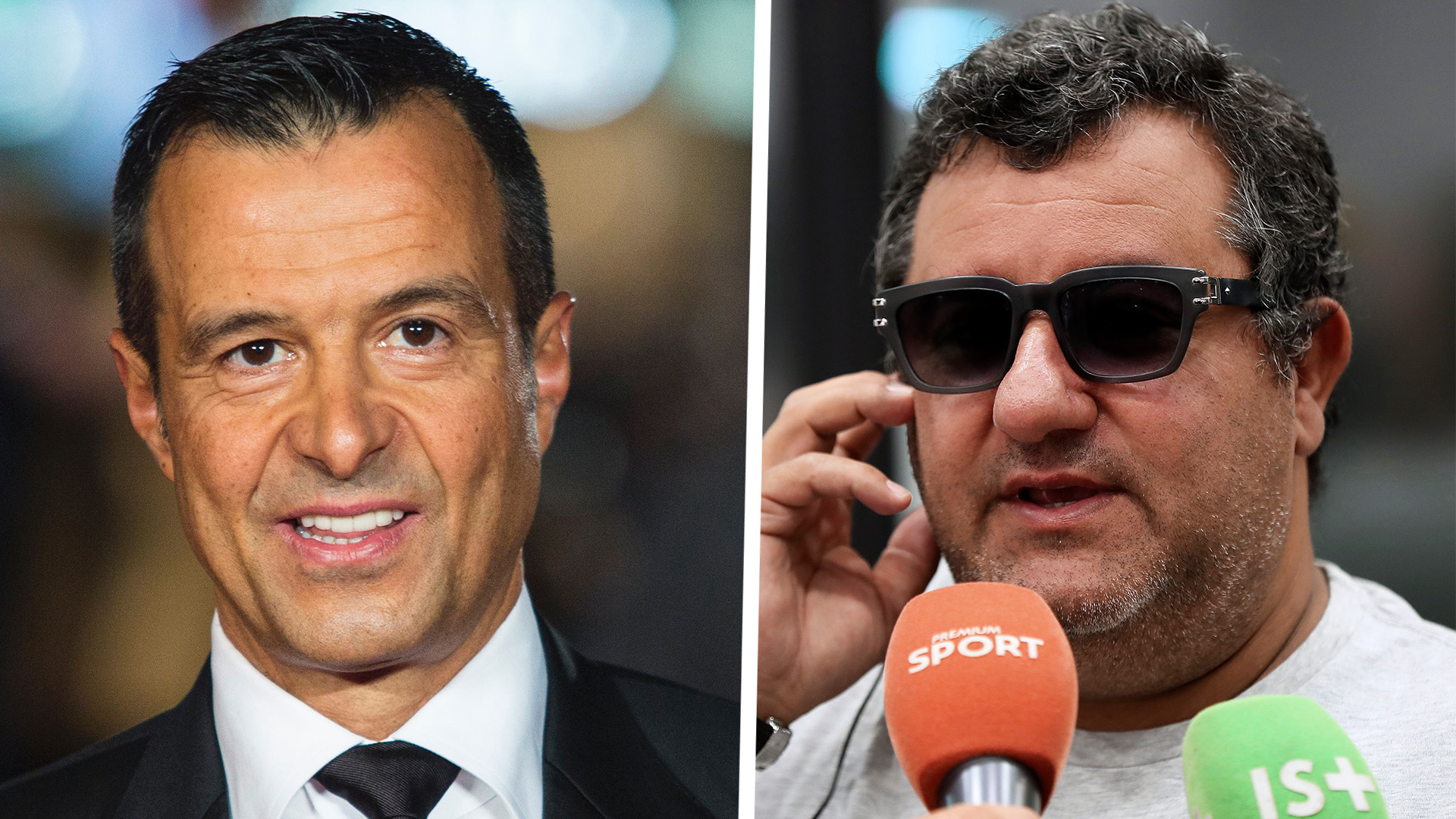 As transfers in premier league January transfer window attracts plenty of interest, so does the term “agent” which comes up often. Sir Alex hd referred to agents as one of the biggest challenges of the modern Premier League manager. So we thought of dissecting for premier league fans what football agents are and why clubs like Manchester United want to sometimes engage them , bypass them, premier league association wants to disarm their power and manager’s call on them at times but later hate them or call them *** bag’s….

Who is a Football Agent ?

In football, an agent is a representative and intermediary who handles the interests of a player or multiple players. An agent’s core responsibilities include:

While it is not unusual to encounter an individual agent working alone, they are more often than not part of larger agencies which manage hundreds of clients. Family members will occasionally act as agents for players, often at the early stages of their careers. Aside from matters of business, some agents form deeper relationships with their clients and they can occasionally become close friends who offer pastoral support in times of personal crisis.

Being a football agent is a demanding role, so embarking on a career as a football agent is not something to be undertaken lightly. There is no course to complete or exams to undertake in order to become a football agent. However, due to the nature of the job it is important to have extensive knowledge and understanding of contract law, as well as business management, so a suitable education is a step in the right direction.

In England, where the Football Association (FA) handles the process of registration, those wishing to act as agents must comply with a test of ‘Good Character and Reputation’, as well as a criminal record check. There is also a fee of £500, with a further annual registration fee of £250.

Who are some of the famous agents ?

Jorge Mendes represents many of the best players in the world. There are more than 91 clients Jorge Mendes currently manages with majority Portuguese as Mendes started his career in his home country, however there are other’s too.

The Portuguese businessman has a net worth of $72.7million, whilst claiming three FIFA Agent of The Year Awards and managing one of the world’s best ever players in Cristiano Ronaldo. Mendes’ agency is called Gestifute International. Mendes’ career as a football agent began when he met Portuguese goalkeeper Nuno Espírito Santo in a bar near Braga, Portugal. He became close with the player and eventually helped him secure a move to Deportivo from a Portuguese side called Vitoria S.C. Mendes gradually built up his reputation and secured moves for Portuguese players to big leagues around the world, one of the first being Hugo Viana’s move to Newcastle United in 2002 – this was Mendes’ first major international transfer.

Mino Raiola is an Italian-born super agent representing several footballers with a predominant focus in the Premier League, whilst also representing several players in France. Raiola was originally a football player, followed by a short spell as a football administrator, until finally settling for a career as a football agent. Following Raiola’s success in the 1993 transfer of Dennis Bergkamp to Internazionale, he decided to depart from Sports Promotions and become self-employed. The Italian agent founded his own sports agency, which kicked off with the major international transfer of Paulo Nedved to Lazio following the 1996 Euros where Nedved impressed on the big stage.

The majority of Premier League and top-end Football League transfers involve the buying club paying the player’s agent. Details can vary e.g. In very limited circumstances when dealing with Premier League players, a player may pay his agent for finalizing a transfer. Under a player’s representation contract with this agent, the player is obliged to pay his agent say, 5%, of his gross basic wage. This doesn’t happen too often in practice.

Sometimes the buying club will pay the player’s agent to act on its behalf too during the transfer. You may think this is could be a conflict of interest – and you’d be right. In such a scenario, the player has to agree that his agent can work for both sides and sign a waiver.

Why players love them ?

Unlike 90’s when player’s social and personal life was largely hidden or revealed selectively by their club and manager, today’s world is entirely different. Footballers are public persons and as they become more and more successful, the media and public eyes are upon them. A high profile agent helps by offering support and advice in maintaining a positive image in the public and a good connection with the fans. In today’s world of social media, footballers can share at the click of a button and they would often enjoy a good marketing advice before posting.

Also unlike 90’s where players trusted club and manager to give them a contract that best suited their abilities, a good agent helps player’s establish career goals and lead them along that path. An agent communicates which in reality is a negotiation with team owners, managers, coaches, and other individuals. The contracts are negotiated to last penny to get the best part of meat for their players.

Some players love being with an agent who has a high profile because they think high profile equals success. Perceptions are important in football and if you can create a strong perception which makes players want to be with your agency, that’s great for an agent as well as player.

Why clubs have hate love relationship with them ?

Clubs contact agents if they want one of agent’s players or vice versa. Clubs instead of relying on the need to look around for players and negotiate endlessly , tell agents the type of player they’re looking for or the players they want to sell. It could be for many reasons including financial issues where they wanted players off their books.

The agents speak to different clubs about players, gauge interest and try to do a deal. In that situation, a player might earn less money but he may get some of his contract paid up and at least he’ll be at a club which wants him and where he is playing every week. Agents can use clubs too. They’ll talk to a club to gauge interest in one of their clients and use the club as a bargaining chip if they are interested.

So as you can see above, the club and agents have a need as well as a conflict of interest between each other…

What reforms are being considered in premier league  ?

Having washed its hands of licensing and policing agents in 2015, FIFA now looks set to reverse its decision with a series of new initiatives, including putting a 5 per cent cap on all agent fees. The Premier League is reported to be considering scrapping this approach and simplifying matters so that a player pays their agent the commission due.

A Premier League’s working group has consulted a number of top employment lawyers in the hope their plans will survive the expected legal challenges they will face when reducing an intermediary’s earning potential. The proposals also include the re-introduction of an “exam” for all agents, to see if they are suitably qualified to act as an intermediary. They will also be required to do all business through a UK bank account, and will be required to provide an annual statement of business to the FA. Crucially, if agreed, all agents fees will be paid over the course of a player’s contract – avoiding the payment of lump sums to agents on completion of a transfer or new contract. The aim is to reduce the number of players looking for regular transfers and dissuade less reputable agents from moving their players on as early as possible.

The final recommendation would see the end of agents representing both a player and a club during a transfer. ‘Dual representation’ was previously illegal in England but was allowed when FIFA deregulated the way agents operate in 2015. It is estimated that the same agent acts for the club and the player in around 60% of transfers and contract negotiations.

#mustread #PremierLeagueStories on Jan 5 2020 – #NigelPearson will focus on winning relegation battle instead of FA Cup
#mustread #PremierLeagueStories on Jan 6 2020 – Why #ChrisWilder signed the forgotten starlet #JackRodwell for Sheffield United ??
We use cookies on our website to give you the most relevant experience by remembering your preferences and repeat visits. By clicking “Accept”, you consent to the use of ALL the cookies.
Do not sell my personal information.
Cookie settingsACCEPT
Privacy & Cookies Policy