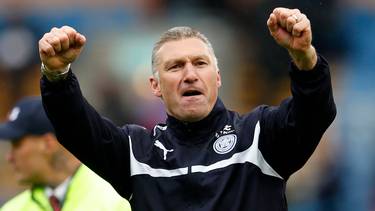 Nigel Pearson praises Watford’s ‘incredible unity’ following sending off to beat Aston Villa. One foot in the grave before Nigel Pearson showed up earlier this month, Watford have come back to life and though this victory wasn’t as straightforward as the scoreline suggests, it was nevertheless comprehensive and thoroughly deserved.

Nigel Pearson said: “Today’s result was going to be always more important than how we played, but right from the start I think we showed a lot of commitment to try and play at a good tempo which is not easy when you’ve played a tough game at Sheffield United a couple of days prior to that. That makes the point on Boxing Day even more valuable, the fact we’ve been able to back it up with a home win and it was certainly a game we needed to do everything we could to try and win it. I’m really pleased with the concentration levels, the quality that we played with at times, the commitment of the players and I think they showed an incredible unity on the pitch to find a way of winning the game when we had to deal with a bit of adversity in the second half.”

Nigel Pearson produced a great escape while in charge of Leicester in the 2014-15 Premier League season, but has not been talking to his Watford squad about that achievement. More on this in our previous blog at Link