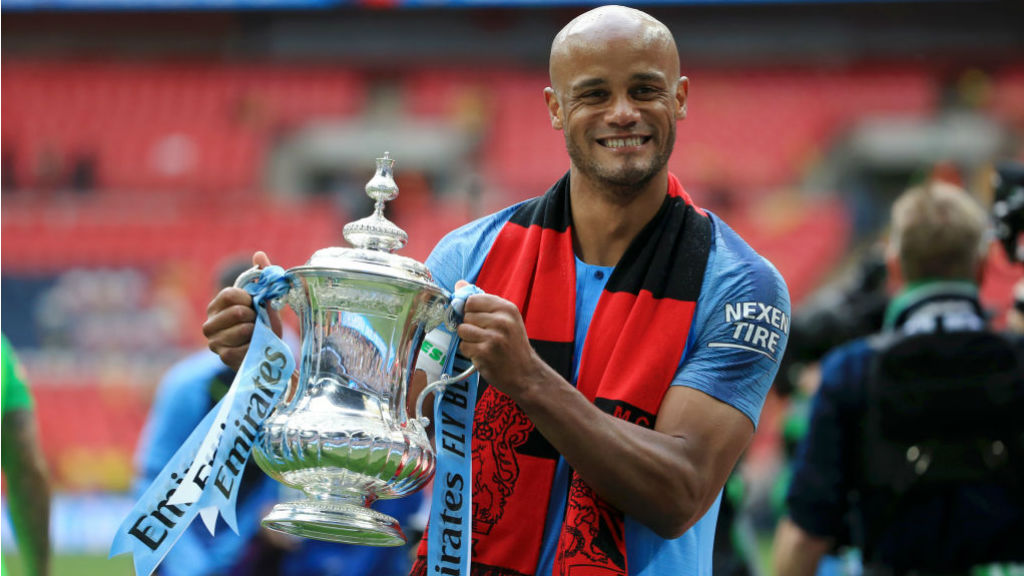 Man City manager Pep Guardiola tried to convince his skipper to not hang up boots and continue to play at the club, before Vincent Kompany made his Anderlecht move.

Pep Guardiola has revealed that Vincent Kompany believed he was finished at Manchester City . The Belgian came to his decision after 11 years at the club, bowing out in incredible fashion as his thunderbolt to win the penultimate league game of the season helped them clinch an unprecedented clean sweep of domestic trophies. Kompany had said he knew his time was over after the Leicester game and that he had nothing left to give. That did not stop his manager trying to change his mind though and persuade him to stay at the Etihad for another year .

Pep Guardiola  said “I tried to convince Vincent a lot to stay one more year with us – a lot.

City and manager Pep Guardiola fought to keep Kompany for another season but, after careful deliberation, the 33-year-old concluded the offer a player-manager role with Anderlecht was too good to turn down on several levels and felt it was the right moment to bring an end to his glorious tenure at the Manchester club, with whom he won 10 trophies in 11 years.

Kompany described the impending move to Anderlecht as “the most passionate yet rational decision I’ve ever made” but spoke, in an emotional Facebook post, about what City had come to mean to him after 360 appearances and four league titles.

Vincent Kompany said “As overwhelming as it is, the time has come for me to go – and what a season to bow out, I feel nothing but gratefulness. Sheikh Mansour [the City owner] changed my life and that of all the City fans around the world – for that I am forever grateful. A blue nation has arisen and challenged the established order of things. I find that awesome.”

Without Vincent Kompany, City’s defense has struggled this season with an injured Aymeric Laporte making the loss even more considerable. They have only conceded three fewer goals in 18 games this year than they did in the entirety of the last campaign, and have already dropped the same number of points as they trail leaders Liverpool by 14 points.

Guardiola wanted to sign a centre-back in summer but the valuation of top target Harry Maguire was deemed too high and United bought the England international instead. City’s manager said this week that he is not expecting to replace David Silva when he departs at the end of the season because there are other transfer priorities.

#mustread #PremierLeagueStories on Dec 26 2019 – How #WilfriedZaha regained his #CrystalPalace form ??
#mustread #PremierLeagueStories on Dec 27 2019 – #Southampton rejoices as #StuartArmstrong return makes them win again ?
We use cookies on our website to give you the most relevant experience by remembering your preferences and repeat visits. By clicking “Accept”, you consent to the use of ALL the cookies.
Do not sell my personal information.
Cookie settingsACCEPT
Privacy & Cookies Policy