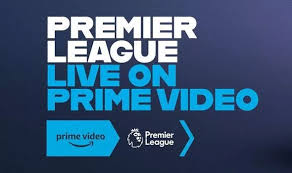 Amazon Prime’s foray into screening Premier League matches debuted today  and it brings an interesting question for research – Is UK audience ready to discard their traditional broadcasting channels and move to digital viewing on platforms like Netflix , Youtube and Amazon PRIME for LIVE coverage ?

The number of UK households signed up to the most popular streaming platforms – Netflix, Amazon Prime Video, Now TV and Disney Life – increased from 11.2m (39%) in 2018 to 13.3m (47%) in 2019.  However, one of the interesting stats of UK household is that even as streaming services gain momentum across generations – with an unsurprisingly larger presence among those younger 16-24 folk – most households aren’t trying to replace their traditional broadcast television entirely, using the likes of Netflix instead to supplement their existing viewing habits.

Another viewpoint also suggests that will UK households now cancel Sky or BT to save money to pay for Amazon PRIME for only 20 games in December. Given this is just more of the same in every way, unless you already have Amazon Prime, they would probably go to the pub to watch it or do something else instead.

On the other side, streaming giants are offering a version of TV that is more intense, more varied and more personalised than ever before. TV viewing has also become less casual and more of the desire to read about, talk about and analyse TV (as the rise of online TV recaps and podcasts demonstrate). Amazon PRIME are the third company to enter the Premier League television market. They probably will not be the last. Google are circulating, as are Apple, things could splinter even more in the future . Similar to European competitions like Champions League, Europa League being licensed to different TV players over the years, it is going to be some game for UK television viewers and PREMIER LEAGUE FANS in the future.

#mustread #PremierLeagueStories on Dec 3 2019 – Which one of Ozil and Pepe have a future Arsenal ?
#premierleaguestories that are #mustread on Dec 5 2019 – Why Eddie Howe is not the right person to replace Marco Silva
We use cookies on our website to give you the most relevant experience by remembering your preferences and repeat visits. By clicking “Accept”, you consent to the use of ALL the cookies.
Do not sell my personal information.
Cookie settingsACCEPT
Privacy & Cookies Policy