#mustread #PremierLeagueStories on Dec 3 2019 – Which one of Ozil and Pepe have a future Arsenal ? 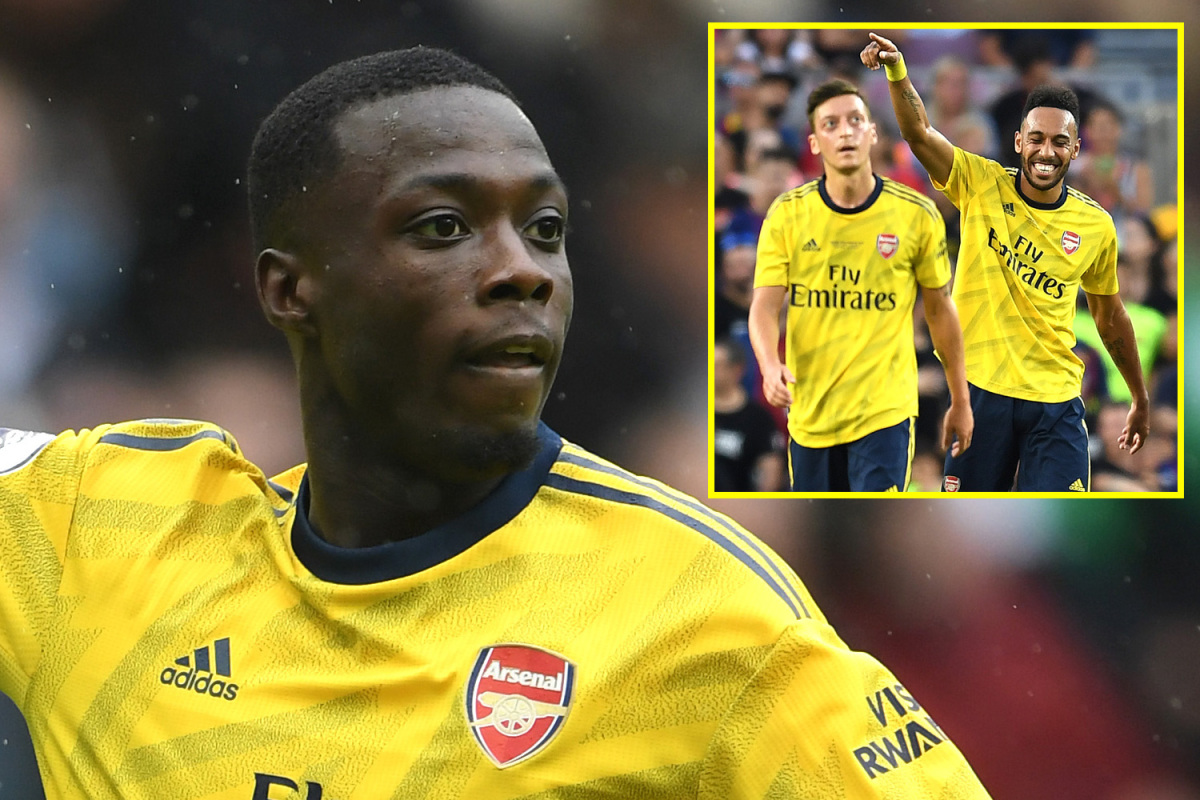 Nicolas Pepe turned a lot of heads last season during his breakout year with Lille, with most European giants trying to enter his sweepstakes as one of the most disruptive forwards in the world. Eventually Arsenal won it as it made a huge investment to take him to the Emirates Stadium thanks in part to recommendation of now sacked coach Unai Emery. For the first 2 matches, the signing seemed to have transformed Arsenal’s attack, by adding some much needed qualities to their right flank. Pepe showed exquisite feints, shoulder drops to create space and also grabbed assists for striker’s to allow them to score crucial goals in matches.

And then Pepe’s contribution completely tail skinned. With Arsenal failing to create chances against smaller teams, the squad started to wonder why Pepe was starting every game. He was an expensive signing for the club, so did that entitle Emery to start him. The calls to reinstall Ozil were only intensifying. The German was the most creative player in the Gunners squad and proven it for many years under Wenger while Pepe was still not fully accustomed to premier league culture. He was yet to net a goal in the Premier League from open play in 10 attempts and had just two assists to his name. The two were recommended to operate together, but Emery’s insistence on an industrious midfield three against smaller teams was an experiment that continued to fail.

And now that Unai Emery is no longer in charge of the Gunners, apparently new boss Freddie Ljungberg isn’t impressed by Pepe’s work ethic. As the away side chased a victory in the second half, Ljungberg opted to bring on 18-year-old attackers Bukayo Sako and Gabriel Martinelli, leaving Pepe sitting in his tracksuit on the bench. Freddie  Ljungberg said “Nicolas Pepe is a very good player but I try to go off what I see in training and what’s being done everyday and that’s how I judge.”

Premier League fans must be hoping that Pepe will start working harder in training and paying back the 72 million investment the North London team did to sign him, or he’ll be considered one of the biggest busts in Arsenal history.

#mustread #PremierLeagueStories on Dec 3 2019 – Is Brendan Rodgers to be trusted for loving Leicester project ?
#mustread #PremierLeagueStories on Dec 4 2019 – Amazon PRIME makes debut in UK Households , the positives and the improvements needed
We use cookies on our website to give you the most relevant experience by remembering your preferences and repeat visits. By clicking “Accept”, you consent to the use of ALL the cookies.
Do not sell my personal information.
Cookie settingsACCEPT
Privacy & Cookies Policy