How Chris Basham is key to Sheffield United’s rise? 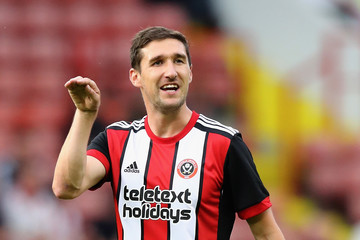 In a blog on Nov 6 2019, we had highlighted “Why are Chris Wilder managerial methods successful ?”. In today’s blog we would like to further get inside the squad and profile a player who has made huge difference to the success fo Chris Wilder’s on field methods and coaching.

Chris Basham is often one of the Blades players who goes under the radar but following his display at Wolves, that should be no more. For a player who used to work in McDonalds, it’s been quite the rise for Basham. He’d briefly played in the top flight with Bolton Wanderers but never got going. A move to Sheffield United from Blackpool back in 2014 proved to be a turning point. Despite a rough few seasons under the likes of Nigel Adkins, Basham found his way under Chris Wilder. Wilder’s inventive 3-5-2 formation saw ‘Bash’ moved to a right-sided centre-back role. His energy, work-rate, and willingness seemingly putting him in pole position to play that role. It worked too, Wilder had seemingly finally cracked the issue of what was Basham’s best position. There were some questions over whether Basham would retain his place as a first-team regular. The Premier League is a different kettle of fish. Would he have the defensive capabilities to deal with the added quality? Could he keep ploughing forward as he had done. The answer to those questions is a resounding, yes. Basham has adapted with ease. But for a mistake against Leicester and a mistimed header at West Ham, Basham has been near enough faultless.

Chris Wilder values leaders; players prepared to stand up and be counted.  A prerequisite of the Sheffield United manager, especially when the going gets tough. Sheffield United tend to line up with a back three, either in a 3-5-2 or a 3-4-1-2 formation. While that is not unusual, Wilder’s use of his central defenders to boost attacking play is fairly unique. Midfield playmaker Oliver Norwood drops deep to collect passes from the back, enabling the wing-backs to push on and take up really advanced positions down the flanks. The outer-most centre-backs, usually Chris Basham and Jack O’Connell, then spread wide to fill the full-back berths.

Chris Basham said “Manager is encouraging me to get forward more often, and I took that advice on board in a recent fixture against Arsenal.That’s the one I needed to focus on more. The gaffer told me to let my hair down again, have a run. I did that [against Arsenal] and enjoyed it as well.”

Why 2nd innings for Qiqo Sanchez Flores did not work out at Watford?
#mustread #PremierLeagueStories on Dec 3 2019 – Will Manchester City buy any defender in January ?
We use cookies on our website to give you the most relevant experience by remembering your preferences and repeat visits. By clicking “Accept”, you consent to the use of ALL the cookies.
Do not sell my personal information.
Cookie settingsACCEPT
Privacy & Cookies Policy