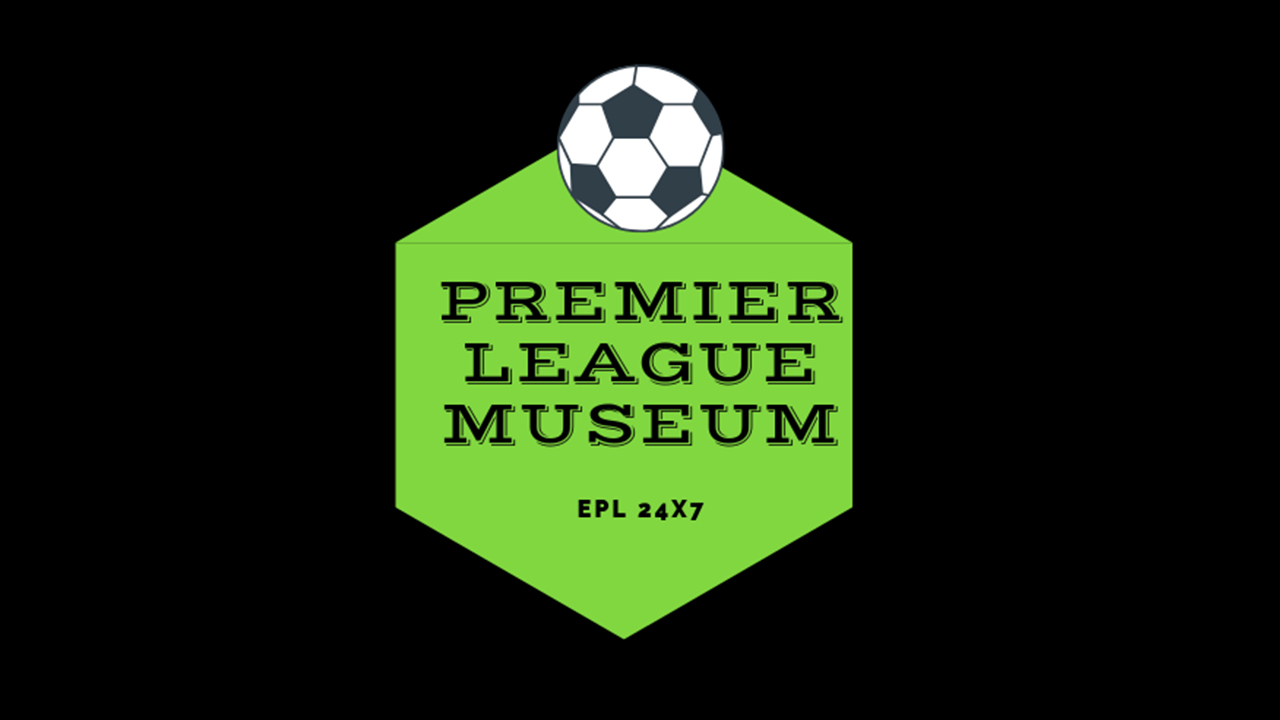 In this blog, we will provide you with 10 things which we learnt from the matches and news that came to us in last one week.

#1 –Chelsea has a deadly striker in Tommy Abraham. We have a candidate for golden boot.

Tammy Abraham has taken his tally to seven goals in three games with a hat-trick to join Sergio Aguero as the top scorer in the Premier League after 5 rounds. 2019/2020 season has unfamiliar similarities between Manchester United and Chelsea. Both teams have destroyed their traditional blueprint and restarted with  youth. Central to their plans are strikers with Rashford and Tammy leading the lines for their respective clubs. Tammy is younger and lesser experienced than Rashford yet Lampard had placed a huge weight on his shoulders, and the 21-year-old has responded in impressive style. His hat-trick in 5-2 win at Wolves demonstrated striker’s instincts, scoring first with a well-placed shot in the turn, then a bullet header before saving the best for last when he tricked his way past defender Conor Coady and fired inside the far post to leave Wolves keeper Rui Patricio helpless.

#2 – Liverpool front 3  are unstoppable at the moment

Two goals from Sadio Mane and Mohamed Salah’s  third made it five wins from five games for Jurgen Klopp’s side. Jurgen Klopp’s side seem to have such calm throughout games, even after going behind. The players trust in the system and their front 3 do not rush or change their attacking positions in the final third. They scored three goals again in this round without truly finding top gear. Key player in every game this season, Mane is becoming the most consistent of Liverpool’s front three, ever a threat as a runner, passer or scorer. He is timing his movements expertly; few players in the division recognize space more effectively, or appreciate how to exploit it. Third but silent contributor of trio is Roberto Firmino. When Divock Origi limped off and Firmino came on, the Brazilian immediately asked different questions and created indecision. Dropping deep, the three Newcastle centre-halves were unsure of whether to step out with Firmino, and, if so, which of them should go with him. It was from such a situation that Sadio Mane’s second killer goal came.

Tottenham’s well-documented struggle to offload these uncommitted players had somewhat forced Pochettino to soften his stance. Christian Eriksen, Danny Rose, Serge Aurier and Victor Wanyama were all determined to force moves away this summer. All failed. And so, after some time on the naughty step while the club waited for the tardy European transfer window to finally close, players who were previously at loggerheads with Pochettino have been reintegrated into the first-team squad. The result in the first showing if has some indicator is that all four of the defenders selected to start the thumping 4-0 win against Crystal Palace were at odds with Pochettino. Pochettino surely cannot afford to persist with his controversial strategy of freezing out first-teamers – but victory suggested that the cloud that has recently been hanging over the club may now be lifting.

In our podcast about transfer reviews, EPL 24×7 had successfully guided Premier League fans that Manchester City may miss Vincent Kompany’s leadership this season. How true it turned out against Norwich City. City are going to have to find a solution to their problems at the back if they are to retain their title. Norwich turned in a fine performance to secure an unlikely 3-2 victory at Carrow Road, but they were aided and abetted by some shambolic defending from the visitors, who will be without the injured Aymeric Laporte until the new year.

#5 – Manchester United are between somewhere and nowhere

This is a rebuilding season for Manchester United where they aren’t trying to compete with Manchester City and Liverpool this year. Looking at the chances missed at top end  and some sloppy play, the season looks to be about getting young guys playing time so they can learn and get better. Mistakes will be made. The players will learn from them and get better, but they’re still going to be made. This isn’t going to happen overnight. United have been playing just fine but if not challenging for title and not having an objective to motivate, Ole seems to be leading the club to somewhere which gives them a solid foundation for future but it remains to be seen if the hierarchy within United see it that way or “nowhere”.

#6 – Leicester City have chance to be best of the rest

Leicester City’s balanced squad gives them a strong chance of being the best of the rest this season. While this may be an understatement for the ambitions of the club and their manager, Leicester clearly are showing having a bit of everything ( Refer our prediction of Brendan Rodgers making 1 + 1 = 3 in previous blog). They have pace, they have technical players like James Maddison, they have Wilfred Ndidi doing a great job as a defensive midfielder. Brendan Rodgers’ side may have missed the recent patterns at Old Trafford – Give United the ball and they will not know what to do with it but the fact that they admirably attempted to play their own game will work well for the players in rest of the games this season. Brendan Rodgers is working with a vibrant young team  and with no European commitments , Leicester City has best shot on European qualification this season.

Normally at this stage in the season, at least one clear contender for relegation emerges,  but looking at it now, it’s impossible to call out any one team. Watford had previously looked in the mire but the return of Quique Sanchez Flores looks to have galvanised them as they fought back from the dead against Arsenal. Second-bottom Wolves have clearly degraded from being Europa qualification kings to  relegation mire. It remains to be seen how long it will take to pull themselves out of their early slump. Aston Villa’s points tally hasn’t quite justified their performances, while Newcastle look a long way from the foregone conclusion many expected when they appointed Steve Bruce – and that’s the bottom four.  At this time, none of the 7 teams initially predicted in relegation battle can be ruled out. But premier league fans could equally anticipate any of those sides cracking the top half based on their early showings.
Embed from Getty Images

Season has been refreshing for not just the goals, managers and influx of quality managers but also the way newly promoted clubs have handled their switch to premier competition. While retaining premier league status for all three promoted teams is not new , it is the planning, well thought out strategy of player investment, manager philosophies and  long term vision shown by the clubs which has made these clubs get limelight they deserve. Before starting season, Norwich City had been able to tie down several players to longer-term deals, avoid significant debt, and revamp the youth academy and training facilities. Such investments are crucial to any team, yet are often forgotten in the discourse of club spending and how a club can attain success. Similarly, Sheffield United had snapped up experienced defender Phil Jagielka on a free transfer following his release from Everton, bolstered attack, played grind out performances in every game  and made a promising start. The only team which looks weak at the moment is Aston Villa but they too like Sheffield United have made solid transfer investments and a good start to the premier league campaign.

#9 – Marco Silva is coming out true on “Mourinho” comparisons

Everton’s wretched away form continued yesterday with a 3-1 defeat to Bournemouth on the south coast. The Toffees had now failed to win their past six games on the road. Once again, despite spending big throughout the summer, Everton looked to be short of where they want to be and fans were not impressed. It seems plenty of Everton fans believe that the Portuguese is the weak link in their bid to break that barrier in the Premier League. He seems to be having striking resemblance with his mentor Jose Mourinho in terms of tactics, player performances and match results. Like Mourinho, Marco Silva likes having Calvert-Lewin to chase and battle as lone striker but that is clearly not working. He needs to consider starting Moise Kean for a run of games. The team clearly has riches in attack but Marco Silva at this time appears to be holding “shackles” or “breaks” on the team in  “Mou” style.

#10 – Arsenal are an imbalanced side

Where would Arsenal be without Pierre-Emerick Aubameyang? He was in the thick of goals and clearly contributing more than for the side which has once again been left disappointed by Aubameyang’s  teammates at the opposite end of the pitch. David Luiz as we had predicted will continue to be a disaster at back and we urge premier league fans to keep a counter on mistakes he made leading to goals. In many ways, the game against Watford was pure Arsenal. Some scintillating forward play completely undermined by brainless defending and an overall lack of defensive character. Clearly next transfer window in January cannot be far for coach Emery and the club.

At the end, we look for 3 things from you as we build podcast and website portal.

Please listen to the podcast  and comment below this blog or in youtube how you find the podcast. We would like to listen on your thoughts about this initiative, feedback on any statement and suggestion on how we can get better together as a community of English Premier League fans.

You can get to know our schedule of blogs/podcasts by going to the website. – www.premierleaguemuseum.com