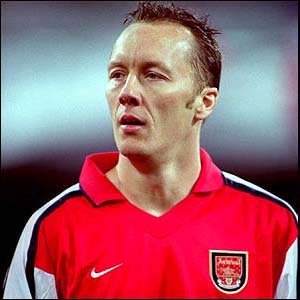 Rick Holden’s sending off after a 38th minute clash with Lee Dixon had the Oldham fans chanting ‘cheat, cheat’ at the Arsenal full back. Holden’s push was blatant enough but Dixon’s subsequent tumble was a shade melodramatic. The unfortunate flashpoint had both the managers in agreement in a game that eventually ended in a goalless draw.

Joe Royle said ‘‘ I am not saying Dixon made a meal of it. I will be taking Holden of the weights for a while because I didnt think he could push anyone that far.’’

George Graham said ‘‘ It was a harsh decision. Maybe it warranted a booking but not a sending off. Unfortunately, it left a nasty atmosphere. The crowd was stirred up and there was hatred. But I think my lads handled it very well. They kept their composure in spite of some nasty tackles.’’