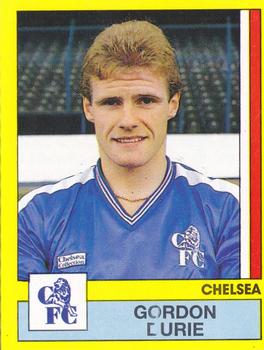 Tottenham manager Ossie Ardiles handed out a hefty fine and a stern warning to Gordon Durie after the Scotland striker apologized for his foul-mouthed response to being substituted against Burnley in a cup tie. But although Durie accepted his punishment, he emerged from clear the air talks at the White Hart Lane still unconvinced about his future at the club.

Gordon Durie said “I was wrong to do that and regret it. But I made no move to see Ossie today and only went in because he asked me to. I’ll take my punishment, but I still don’t really know where i stand with Spurs. I’m a professional and I’ve tried be honest. I just want to play. But Ossie couldn’t tell me whether I would be in the side for our next match at Manchester United a week on Saturday, or even if I would be travelling to the match in the squad. Perhaps I’ve not done myself any favours with the fans or the club by admitting my ambition to one day play for Rangers, but people have asked me about It and I’ve just told them the truth. “If I’m wanted at Spurs that’s fine by me. I’m certainly not considering asking for a transfer.”