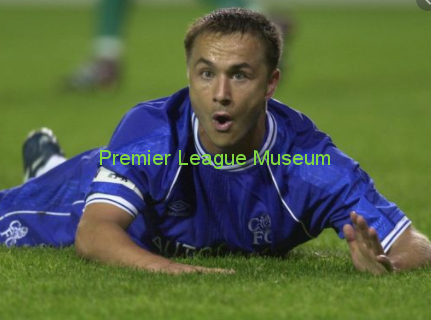 Skipper Dennis Wise was sent off as Chelsea crashed to their first defeat in eight games after two minutes of madness at Upton Park. Glenn Hoddle’s men had knocked the ball around with flair for almost all of the first half against the struggling Hammers but it all went wrong in the 43rd minute of a hard-fought match.

First, Trevor Morley fastened onto a clever pass from Matt Holmes to turn and fire a rising drive past Ludek Miklosko to give West Ham the lead against the run of play in the 43rd minute. Barely 60 seconds later Wise who had been booked in each of his previous three games and was lucky to stay on the pitch after a terrible tackle on Liverpool’s Nigel dough a week earlier was dismissed for another late challenge on David Burrows.

Youngster Neil Shipperley had looked dangerous for Chelsea, hitting the side netting with one effort as the Blues ran the show early on. But, playing with the extra man, the Hammers hung on for only their third win of the season and three critical points.