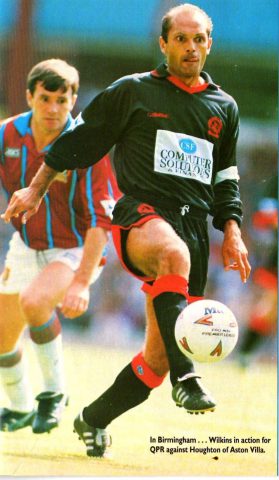 QPR makeshift strike force of Devon White and Bradley Allen aided by the enduring skills of Ray Wilkins, tore Ipswich to shreds as Rangers launched three-goal blitz in eight minutes in the second half. The first came after 57 minutes when Wilkins found Allen lurking in the penalty area and the lead was doubled five minutes later when an accurate David Beardsley cross was put in by White.

At 65 minutes, Wilkins was once again in the thick of things, this time crossing in for Simon Barker to head home from six yards. Ipswich had a late rally but QPR keeper Jan Stejskal produced a double save from Neil Thompson and Paul Mason to deny them a consolation.