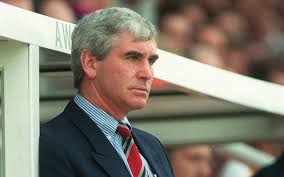 Southampton’s under-fire manager Ian Branfoot faced a desperate injury crisis for the tough trip to Arsenal. No less than 13 of his players were unfit and Branfoot was struggling to piece together a team for Highbury. As far as Branfoot was concerned, it was a case of the dirty half dozen.

Ian Branfoot said “I have never experienced such major injury problems since I came into football. Our physio Don Taylor has been at the Dell for 22 years and tells me it’s the worst casualty list he has known. In each of our last six games, I have lost a player with a relatively serious injury. I am going to have trouble putting an experienced team out against Arsenal.”