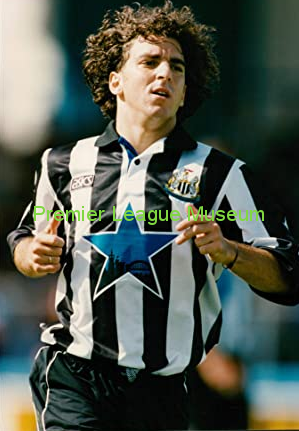 Newcastle United manager Kevin Keegan, who axed Nicky Papavasiliou for the match against Swindon Town, admitted that the player was “unlucky.” Papavasiliou became the first Cypriot to play in the premier league since his £125000 move from Greek club OFI. But he was the odd man out when the United boss recalled Peter Beardsley following his recovery from a fractured cheekbone.

Kevin Keegan said “Under normal circumstances, Nicky would have expected to keep his place. But he understands these aren’t normal circumstances because a player like Peter is involved. He took it well when I told him he wasn’t playing. People will think he’s been very unlucky but so are Bryan Robson and Brian Mcclair at Manchester United. Nicky’s at the start of a three-year contract here and will get even better with experience. I know that he’s going to be a real asset to this club.”