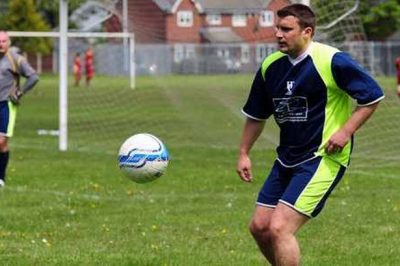 Everton’s emergency centre half, Matt Jackson had fired the first salvo ahead of the 149th Mersey side derby by saying that he couldn’t wait to play against Ian Rush and said that he would rather play against Rush then against a physical striker.

Matt Jackson said “Rush has had a great career and deserves every respect. But to be honest I would prefer to play against a forward like Rush then against a big physical striker. It would be nice to score tomorrow too. The atmosphere that the fans generate is brilliant and hopefully, we can put on a bit of a show for them. Derbies are not particularly enjoyable games, you have great crowd and atmosphere but football-wise you have to concentrate for 90 minutes and its not really enjoyable.”