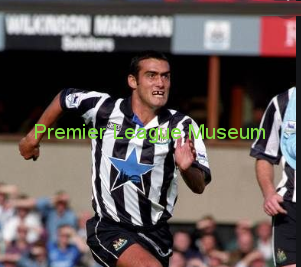 When Kevin Keegan snapped up Malcolm Allen from Millwall on the last day of the transfer deadline for a £300000 fees, many called it a panic buy. But Allen had shown on the field that he was worth the money paid for him and after settling down in Newcastle finally spoke about the move and declared that he did not feel that he was a panic buy from Keegan.

Malcolm Allen said “I don’t think it was a panic buy, I had known that they were interested in me for a long time. It has been a great move, its nice to be playing against the biggest of the clubs. I always knew Newcastle was one of the – if not the biggest club in the country. But you have to come here to appreciate just how fanatical the support is and the tremendous atmosphere at home games. Once I get my family here, it will be even better. But off the pitch the passion for the game is incredible. Everyone has made me feel very welcome.”