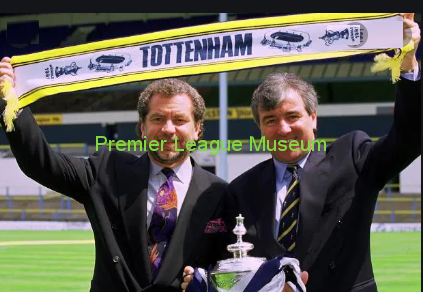 In an extraordinary turn of events, Tottenham Hotspur chairman Alan Sugar launched an investigation into a £200000 payment made to an Italian restauranteur as part of Paul Gascoigne’s £5.5 million transfer to the Italian club Lazio. The cash was allegedly given to Gino Santin on the insistence of former manager Terry Venables.

Tottenham Hotspur said, “In view of new information very recently brought to the board’s attention, Mr Santin’s involvement in the transaction is now a matter on which the board is refocusing its attention.”

Terry Venables said “This is preposterous, they are saying some of the money found its way back to me but that is not true. I have never taken backhanders in my life. He (Santin) went to Italy several times. He knew all the right people there and persuaded them to raise the offer to £5.5m. Gino made all the difference.’’