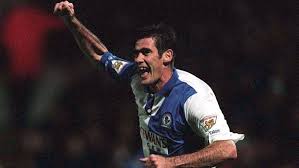 Blackburn’s Mike Newell believed Graeme Souness’ men may need time to find the consistency demanded by their fans following an excellent start to the new campaign. Newell knew three straight wins not only placed Liverpool at the top of the premiership, but they also placed pressure on a team desperate to improve results that season. And two defeats in their previous three outings proved predictions of Reds’ championship success were premature.

Mike Newell said “I think Graeme Souness hit the nail on the head after Swindon performance when he said they could play a lot better. People were getting excited because they had won 5-0. By their standards last season was a poor one, and to just snap out of it immediately is a bit much to ask. Obviously the players they have signed will help. But I think it will take a bit longer than people expect. Hopefully not before Sunday! I’ve been on the winning side against Liverpool a few times, once for Blackburn, one for Everton in the cup and twice for Luton. I’m reasonably happy with that.”