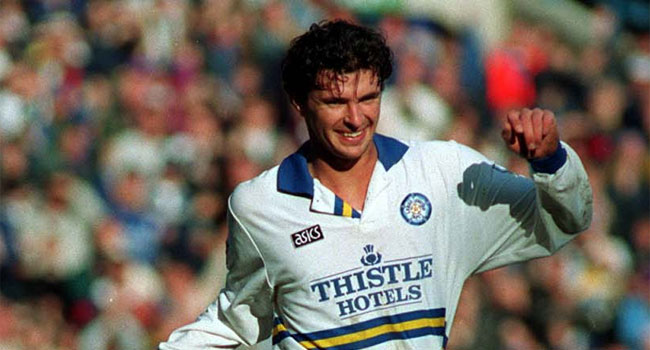 Gary Speed enabled Leeds to start their Elland Road campaign with a win thanks to a 61st-minute strike that sank premiership newcomers West Ham United. The Welsh international fired a first time shot into the bottom corner of Ludek Miklosko’s net to condemn the hammers to their second successive defeat.

The home side had the bulk of the possession, but too often their moves broke down in the final third of the field, with England midfielder David Batty particularly guilty of wasting too many passes. West Ham tried to rally and Colin Foster went agonizingly close with just two minutes left when he met Peter Butler’s corner with a powerful header that flashed just wide.