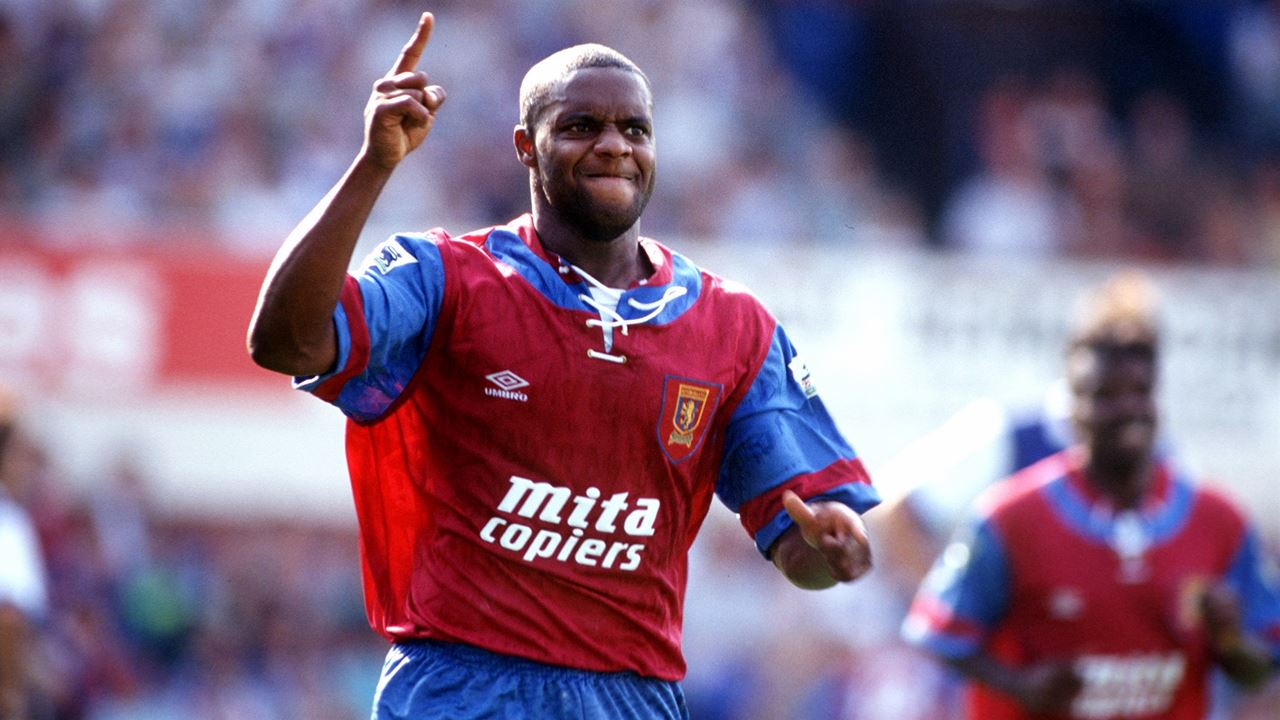 Mighty Mick Quinn tore Arsenal apart with a stunning Highbury hat trick to send the premier league’s second favourites crashing to defeat. The 31-year-old striker, whose 17 goals in26 matches provided Coventry’s biggest contribution the previous season, was on the mark in the 34 the minute penalty and followed it up with two goals in the second half.

Wegerle cheekily backheeled the ball into Quinn’s path on 62 minutes when the striker unleashed a 20-yard power drive past David Seaman. Seaman was left groping once more three minutes later when another Wegerle pass opened the way for Quinn.

Dalian Atkinson and Dean Saunders quickly demonstrated their lethal partnership with three goals between them to plunge QPR into a heavy defeat. Each goal was a fine individual effort as Villa’s strike force quickly posted their intentions for the season. After Atkinson opened the scoring, Rangers showed some determination with Les Ferdinand grabbing the equalizer with a perfect volley just before the half time.

But another long-range effort from Atkinson along with Saunders and Gordon Cowans filling in their boots got the runners up from the previous season a great start to the new campaign.

Nigel Clough marked his Liverpool debut with two goals after Wednesday was rocked by Carlton Palmer’s sending off. Graeme Souness’ summer signings, £2.3 million Clough from Nottingham Forest and £2.5 million Neil Ruddock from Spurs both were an instant hit.

Clough scored the first goal of the season for the Reds before Ruddock headed down a corner which fell in the way for Clough to get his second. Palmer had been shown a straight red in the 12th minute after a late tackle on Jan Molby.

The return of Newcastle to the premier league was met with a huge welcome at Tyneside as the announcement of the whole season’s home league games being sold out was declared. Kevin Keegan had been bullish about his side’s chances to even challenge for the premier league in the preseason but on the back of the opening day performance, Alex Ferguson wouldn’t have been losing any sleep over it.

Tottenham played some decent football in a game without any clear cut chances. Newcastle started the game brightly and kept attacking all out with crowd pushing them to be on the full-throttle all the time. But that presented a great counter-attacking opportunity for Spurs who caught Newcastle backline napping and rounded off the goalkeeper to put the ball in an empty net.