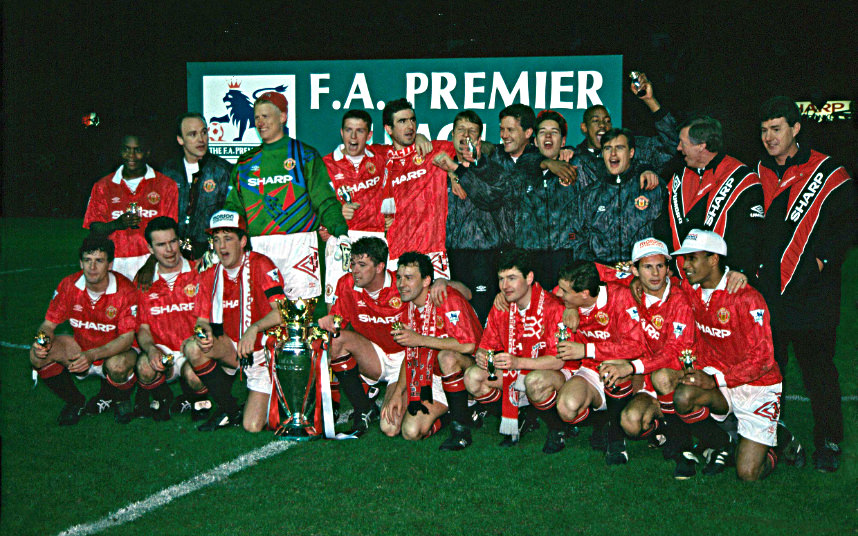 Manchester United ended their 26 years into the wilderness by beating Blackburn Rovers 3-1 and clinching the premier league title in front of a jubilant Old Trafford crowd. Alex Ferguson was the toast of Manchester United as they finally found their Holy Grail.

The celebrations had started even before United had kicked the ball as Oldham’s win over Villa had already ensured that the Red Devils would lift the title. But goals from Ryan Giggs, Paul Ince and Gary Pallister ensured a comfortable win over Kenny Dalglish’s Blackburn Rovers and a fitting end to what was a great season for Old Trafford faithful. And the players, manager and the years to years legends of the club were delighted with the effort.

Steve Bruce said “The stadium could have been sold out four times over, we have deserved to win it and it all helps erase the memory of last year.”

Mark Hughes said “It was a great disappointment last year and some people may have thought there would be a reaction. But we have bounced back and proved that we are the best team.”