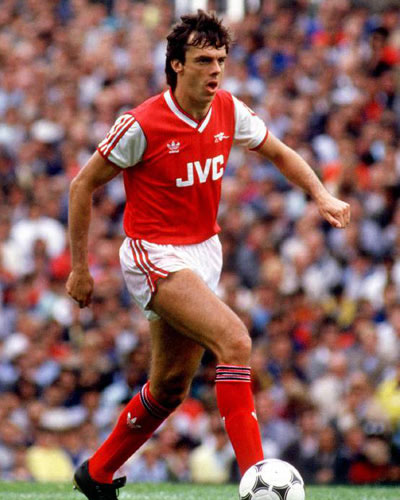 Manchester United had agreed to bring down the curtain on David O’Leary’s Highbury career ins a game the big Irish defender hoped would be a celebration of the best in soccer. By the time the testimonial would take place on 20th of May that year, United could be cheering their first championship in 26 years and the north Londoners a unique double.

United were a point clear of Villa at the top of the premier league with three matches to go where as Arsenal were already the winners of the CocaCola Cup and were in the final of the FA Cup.

David O’Leary Said “We just have to wait and see what the next month brings. But I will do all I can help them win the next one. I am delighted United have agreed to come down, but I know it will be a very bad decision.”

#PLHistory #premierleaguestories #PL on April 20 1993 – East Anglian Rivals end Norwich City #NCFC Canaries’ title bid
#PLHistory #premierleaguestories #PL on April 20 1993 – No players will leave even if we are relegated insisted #LennieLawrence of Middlesborough
We use cookies on our website to give you the most relevant experience by remembering your preferences and repeat visits. By clicking “Accept”, you consent to the use of ALL the cookies.
Do not sell my personal information.
Cookie settingsACCEPT
Privacy & Cookies Policy