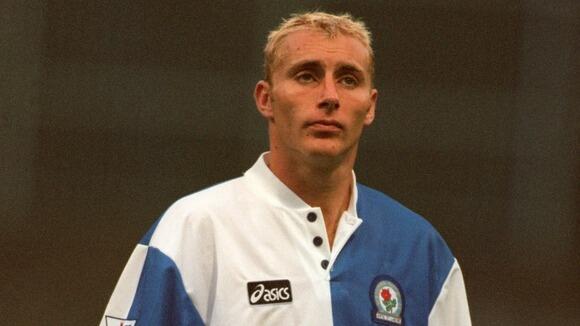 Blackburn picked themselves up after their mauling at Leed’s but they had to work hard for victory. They were comfortably in control at 2-0 until Simon Milton conjured a goal out of nothing for Ipswich in the 68th minute. Milton’s 30 yard shot on the run flashed past the goalkeeper who did well to get a hand to the ball.

Blackburn had gone ahead in the sixth minute when Mike Newell measured a perfect cross which Stuart Ripley headed home. Skipper Kevin Moran looked fortunate to escape conceding a penalty for his tackle on Chris Kiwomya and Ipswich’s luck was out again two minutes from the interval when their skipper Phil Whelan scored an unfortunate own goal just two minutes prior to break.

Other Results on that match day

#PLHistory #premierleaguestories #PL on April 13 1993 – #TitleRace heated up as Manchester United #MUFC & Aston Villa #AVFC both won (and other #MatchDay stories)
#PLHistory #premierleaguestories #PL on April 14 1993 – Big Vultures started surrounding Nottingham Forest as Manchester United #MUFC eye #RoyKeane
We use cookies on our website to give you the most relevant experience by remembering your preferences and repeat visits. By clicking “Accept”, you consent to the use of ALL the cookies.
Do not sell my personal information.
Cookie settingsACCEPT
Privacy & Cookies Policy