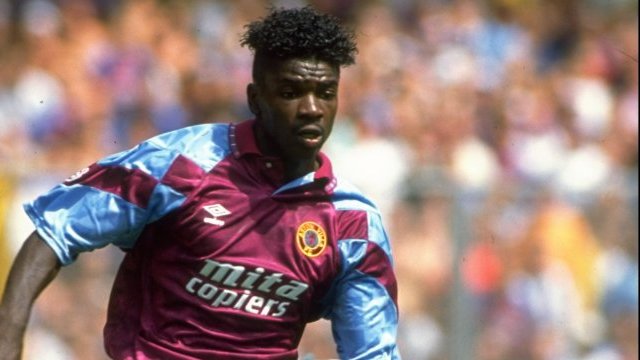 Alex Ferguson’s Manchester United had to call on all their physical courage to stay a point ahead of Aston Villa in the premier league. Peter Schmeichel, United’s giant goalkeeper, was thrown clean off his feet by Micky Quinn in an incident that led to Coventry striker being dismissed shortly before the end of what may be called a red-blooded contest.

United also needed a stroke of luck to win this game. Coventry’s Roy Wegrie’s shot hit the inside of the post and stayed out. Coventry almost repeated the performance that they delivered against their Midlands rival Aston Villa a few days earlier. But just before the interval, a venomous strike by Irwin gave United the vital goal that eventually got them all three points. United manager knew this was the way the season was going to end and he was prepared for it.

Alex Ferguson said “Will it go down to the wire? We are prepared for it.”

Tony Daley ended Aston Villa’s scoring problems at Highbury with his first goal for a year and a day to keep Ron Atkinson’s side in the race for the premier league. Anything but a win would have not been enough for Villa but on a frustrating afternoon it looked like a stalemate like against Convetry was on the cards.

Daley had a frustrating season after requiring surgery in September of the year before and had been a bit part player for Villa that season with Dwight Yorke being preffered over him. But his goal not only kept Villa in the game but ensured that the boiling pot of the title race would spill over to another week.

Ron Atkinson said “Tony Daley might have been a bit surprised that he was in the side. We did think about starting Staunton in there. We decided we needed a little more of a cutting edge so he was brought in. Good luck to him and it was a superb cross from Ray Houghton as well.”

England striker Les Ferdinand scored his second hat trick in three days for Queen’s Park Rangers to sink Everton at Goodison Park. The striker who hit three against Nottingham Forest exposed the Blues’ defense to take his goal tally to 21 for that season. It was the first time that Everton had conceded five in the league since their Merseyside rivals Liverpool beat them 5-0 in November 1982.

It was an open ended game where goals had began to flow in from the fifth minute onwards. Everton came back to parity twice and the match was heading for an exciting finish at 4-3 before Rangers sealed the match in the 79th minute with a David Bardsley goal.

Brian Clough’s Nottingham Forest clawed their way back off the foot of the premier league table to move within just two points off the safety zone. Clough walked away a hero after watching Forest keep their premier league hopes alive with a first win in seven home matches.

Clough who was jeered by the home crowd a match earlier, received a standing ovation after Kinglsley Black and Robert Rosario struck price less first half goals. Forest should have been coasting at half time but they gave away a silly goal when Steve Sedgley pulled one back for the North London side.

The match did not have much quality in the second half as torrential rain and inconsistent refereeing from Alan Wilkie made it a dull watch.