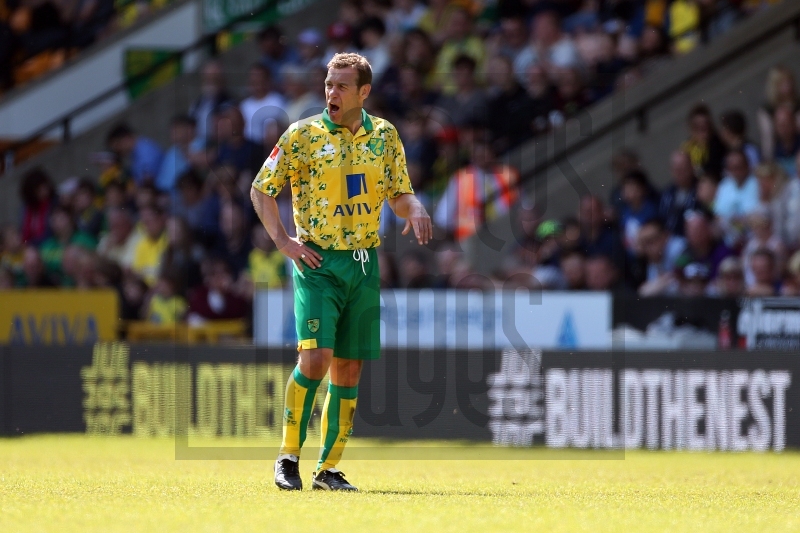 Norwich captain John Polston celebrated as he knocked Aston Villa off the top of the English premier league in a match that gave the great championship race yet another dramatic twist. Centre half Polston struck in the 81st minute to secure a Canaries double over Villa after they had won 3-2 at Villa Park in November.

He converted from close range after Villa keeper Mark Bosnich pulled off a desperate save to keep out a Gary Megson point-blank header from Ian Crook’s corner. It was the perfect response from Mike Walker’s side after a 3-0 loss against Wimbledon which once again saw the East Anglians being written off for the title.

Manchester United manager Alex Ferguson was adamant that his side won’t lose their nerve as the FA premier league title took another dramatic turn. United had gone four games without a win and it looked like that the horrors of the previous year was getting repeated.

Memories of how Leeds snatched the prize from under the noses a season before had been awakened by the draw with Arsenal. But Alex Ferguson was adamant that the history would not repeat itself.

Alex Ferguson said “Let me make it very clear that Manchester United will not bottle it up on the last lap. It seems as if it has become fashionable that Manchester United suddenly become nervous. Its been a big month for us and I always felt that if we get through it and we’re still in the ballpark we would have a great chance.”

Stuart Barlow thanked the Everton supporters for their support after they helped him during his insomnia after the Liverpool game. The Blues striker endured a personal nightmare at Anfield a week earlier and revealed afterwards that he had suffered sleepless nights since. But a blistering first goal against Ipswich the previous night helped him end this suffering. Barlow had a great chance late against Liverpool to put Everton ahead but instead, he missed an open goal before Ronny Rosenthal grabbed a 93rd-minute winner for the reds.

Stuart Barlow said “I have had a couple of sleepless nights since Saturday. It goes through your mind all the time. I watched the match on television and while it showed that my last chance did bobble, it didn’t make me feel any better. Football is so weird. On Saturday I was so down – and then this. I may be able to sleep tonight now. I have had people phoning up, consoling me and wishing me all the best. And it was nice when the managed said I was in from the start. I didn’t even expect to be on the bench.”

Leeds manager Howard Wilkinson was furious after his team’s failure to beat Chelsea, who were reduced to 10 men when Tony Cascarino was sent off in 18th minute of the 1-1 draw at Elland Road. The Chelsea and Republic of Ireland striker were ordered off for allegedly using an elbow in exchange with Leeds’ defender David Wetherall.

Howard Wilkinson said “I am very angry and disappointed with our performance. It was certainly not good enough for our supporters or for the football club.”

Chelsea manager David Webb criticized the decision to show Cascarino the red card on the other hand.

David Webb said “Tony never made contact. The referee said it was for an elbow but it was more like the threat of an elbow. It looked like a yellow card offence to me.”