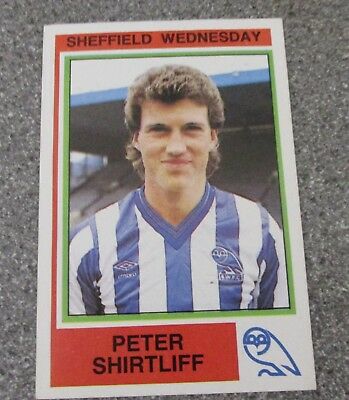 Veteran Viv Anderson kept Wednesday’s unbeaten record intact on an otherwise miserable afternoon for his side. A dreadful back pass by Nigel Worthington had let in Don Hutchison for Liverpool in the opening half. The misery continued in 53rd minute when skipper Peter Shirtliff was stretchered off with a broken arm. And 12 minutes later, the Owls were down to 10 men with Worthington was sent off for a professional foul.
But 36-year-old Anderson finally gave home supporters something to cheer by heading home an equalizer to stretch Wednesday’s unbeaten run to 16 games.

Tottenham made it six wins in a row when they beat QPR at White Hart Lane but after leading 3-0, they had to withstand a late Rangers’ surge. Inevitably, two goals came from Teddy Sheringham taking his tally to 22 for the season and he missed an early penalty as well.
Spurs were awarded a penalty after five minutes when captain Mabbutt was felled by a clumsy challenge from White as he challenged for an Anderton corner. Sheringham missed that penalty but pounced on three minutes later as well as on the 31st minute to give an early lead to the North London side.

Coventry arrived at Crystal Palace with the best away record in the premier league and they showed just why in a very dull match that saw another precious two points slip away from the Londoners. It was another match at Selhurst Park where Palace could not pick up all three points and that bad habit had the potential of coming back to bite them a couple of months later.

The draw did no sides favour as Crystal Palace remained just three points above the relegation zone whereas Coventry could have gone to fifth in the table with a win but remained 10th after just picking up one point from the match.

But United stormed back to snatch a goal in the 37th minute through Brian Gayle. Three minutes later Le Tissier’s corner on the left was headed back by Richard Hall for Iain Dowie to claim his 10th goal of the season. United fought back in the second half and substitute Ian Bryson hit the target in the 83rd minute, but Southampton held on.