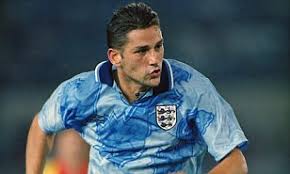 Dwight Yorke’s fifth goal of the season, with 11 minutes to go kept Aston Villa perched at the top of the Premier League division despite repeated threats by Vinny Jones long throws which kept Villa under pressure for most of the first half. Dwight Yorke broke the deadlock 11 minutes from time. He pounced on a loose ball in the area and steered it past Segers’ dive into the bottom corner of his fifth goal of the season to answer Manchester United’s determined title assault and kept Aston Villa two points clear in the championship race.

Ryan Giggs, the teenager with no room for the dull and ordinary in his repertoire, fired title favourites Manchester United to their 11th straight Old Trafford win as Middlesborough goalkeeper Stephen Pears saved his team from a massacre.
The visitors could only stand up and gasp as Giggs conjured up his ninth goal of the season from nowhere to accelerate Boro’s slide towards relegation after six consecutive defeats. Ferguson was delighted with the performance “We never relaxed, we kept running at them and maintained our penetration. You don’t mind missing chances if you keep making them.” He said

Nottingham Forests’ mini-revival came to an abrupt halt when they were disappointingly beaten at home by Manchester City. After taking 16 points from the previous 21, they found City in no mood to help maintain their run. And no one did more than David White to put them back in trouble, scoring the opening goal and setting up a late clincher for Gary Flitcroft.

City could have added to their lead when Niall Quinn, surprised to find himself unmarked in front of goal, shot against the legs of Forest Keeper Mark Crossley.

The 72nd-minute Penalty by England left-back Tony Dorigo gave Leeds the points in a desperately dull encounter with defence-minded Ipswich Town. Goalkeeper John LUkic and Clive Baker were almost unemployed and it took a rash challenge by Ipswich defender Mick Stockwell on David Batty to give Leeds their chance.

With regular penalty taker Gary McAllister out injured, Dorigo punished Stockewell’s error by tucking the penalty into the bottom right corner for his first goal of the season.