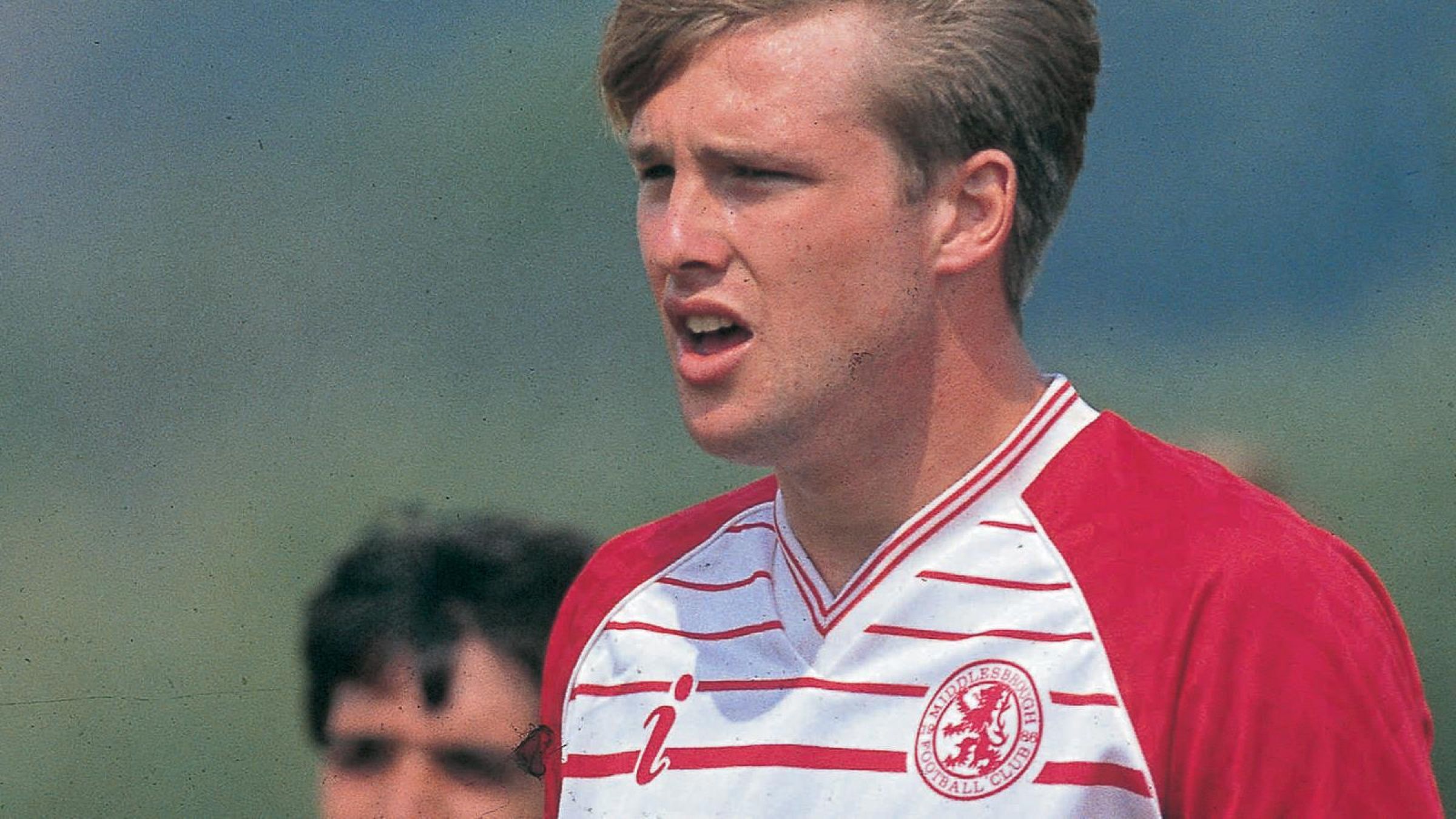 As Alan Kernaghan was getting ready to resume his place at the heard of Boro defence for their crucial visit to Old Trafford he spoke about the frustration of sitting out despite being fit and had a go against his manager Lennie Lawrence for being inconsistent.

Alan Kernaghan said “It’s frustrating for a lot of players, with only Paul Wilkinson, Tommy Wright and Jimmy Philips playing the majority of games. It’s almost impossible to predict what way he thinking from week to week. Last week, I got dropped and I read in the newspaper that I was injured! And on top of that, he keeps going to the media and talks about the need of having a settled side.”

A large travelling squad had become a norm for the struggling Middlesborough that season as had the chopping and changing by the manager.

#PLHistory #premierleaguestories on Feb 26 1993 – #DalianAtkinson goes under the knife in hope to return for the last six matches of the season
#PLHistory #premierleaguestories on Feb 27 1993 – #DenisIrwin expected Manchester United to Show Mercy to Middlesborough in upcoming encounter
We use cookies on our website to give you the most relevant experience by remembering your preferences and repeat visits. By clicking “Accept”, you consent to the use of ALL the cookies.
Do not sell my personal information.
Cookie settingsACCEPT
Privacy & Cookies Policy