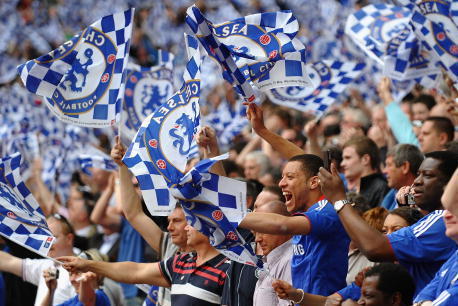 As Chelsea fans sang “We’ll win again, don’t know where, don’t know when”, a very stark and harsh reality was unfolding in front of the Chelsea players’ eyes, the fear of going down. The West London outfit had not won in 13 matches, five points out of possible 39 and similar form for the remaining 12 matches would see them finish with 42 points, right in the mix to get relegated.

Their new manager David Webb admitted that they needed to get on a run very soon and get the confidence back in the side.

David Webb said “What we need is a run of form like Spurs have found. But it is nowhere near as bad to struggle at the start of the season because there is plenty of time to put things right. I haven’t got a magic wand and you can’t just wish it away. It’s back to the drawing board to try to get the right habits going again.”

In a letter to season ticket holders, Chelsea chairman Bates warned that everyone’s job was on the line and said “If we are going to build the best stadium in England, it must be matched by the team. Nothing less will do.”