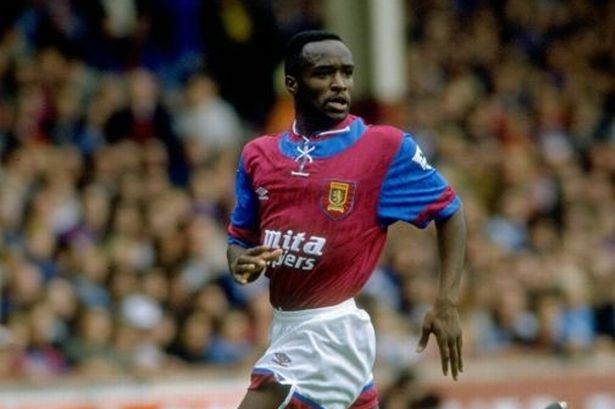 Earl Berrett kept Aston Villa in the premier league driving seat with a sparkling performance that pushed Everton deeper into relegation trouble. Barrett reminded watching England boss Graham Taylor of his international claims by creating the first goal for Neil Cox and then scoring himself.

Aston Villa manager Ron Atkinson said, “I’m really glad Manchester United and Norwich won because it makes everything so exciting, it really upset me when I heard United were losing but it is all set up for a thriller now.”

Windy conditions, crowd on the edge and United unable to break through for the large part of the game while knowing that their title rivals Aston Villa were winning. It was a match that was set to spoil the party at Old Trafford and when Le Tissier gave Southampton an unlikely lead in the 78th minute the horrors of the previous season would have started to come back for United fans.

But their talisman Ryan Giggs scored twice in 83rd and 84th minute to give United a vital victory and kept pace with the leaders Aston villa. United manager Alex Ferguson admitted that his side struggled but was happy with his players’ response to going behind.

QPR overcame the loss of half a team to enhance their UEFA cup aspirations when they enjoyed their seventh home win of the season by the most bizarre of own goals.
There seemed no apparent dangers as Bradley Allen gave chase to Darren Peacock’s hopeful headed pass in the 33rd minute.

But Convetry goalkeeper Steve Ogrizovic and Brian Borrows dithered and Andy Pearce sliced his attempted clearance and the ball spun slowly over the goal line.

Goals by Warhurst and Wilson were enough to give Sheffield Wednesday a narrow victory over Crystal Palace and take them up to sixth in the table but crucially they had three games in hand to Aston Villa while being 14 points off them. They kept their hopes of still landing the title alive along with Man United and Norwich.

For Crystal Palace, the loss meant that they were just five points above the relegation zone with having played two matches more than Nottingham forest and one more than Sheffield United and Oldham.

Other Match Day Results From that Game Week:

#PLHistory #premierleaguestories on Feb 20 1993 – #JoeKinnear to be absent against Sheffield United as #TerryBurton takes over
#PLHistory #premierleaguestories on Feb 22 1993 – #MikeNewell double and #DavidWebb ‘s Chelsea continue their miserable run
We use cookies on our website to give you the most relevant experience by remembering your preferences and repeat visits. By clicking “Accept”, you consent to the use of ALL the cookies.
Do not sell my personal information.
Cookie settingsACCEPT
Privacy & Cookies Policy