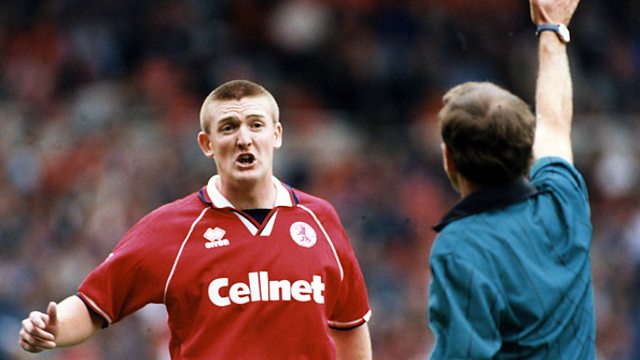 Middlesborough manager Lennie Lawrence was extremely angry and sparked a fresh club v country debate in English football. Injury-hit Boro was in a dogfight to survive relegation but they were warned by the English FA that their 19-year-old England under 19 player Jamie Pollock must leave for the World Youth cup finals in Australian a month later. Pollock was set to miss five matches for his club when away on the England duty.

Lennie Lawrence said “If I deliberately field a weakened team to give a few youngsters a chance I will be fined. Yet they are saying to me, you will not have a full-strength team because we are taking one of your players away, I rest my case. I wrote to the FA and they wrote back to me saying, hard luck, but he is going.”

Lawrence admitted that Pollock’s absence one of the main reasons why he had to sign a 35-year-old Chris Kamara.

#PLHistory #premierleaguestories on Feb 20 1993 – Villa Chairman Okays £12 million Premier League Deal
#PLHistory #premierleaguestories on Feb 20 1993 – #EricCantona Boost for Manchester United
We use cookies on our website to give you the most relevant experience by remembering your preferences and repeat visits. By clicking “Accept”, you consent to the use of ALL the cookies.
Do not sell my personal information.
Cookie settingsACCEPT
Privacy & Cookies Policy