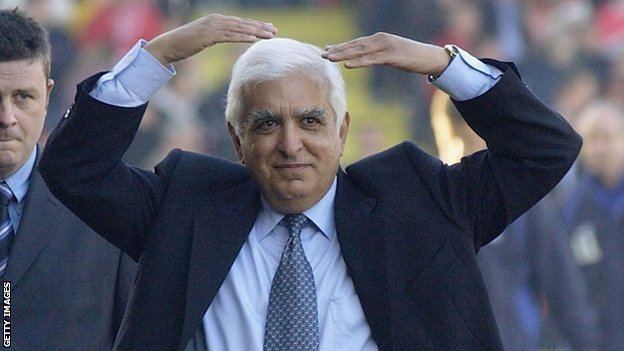 Wimbledon owner made no attempts to soften the image of his team in a year that had multiple incidents of players, crowd and staff misconduct at Wimbledon. In a week where Wimbledon’s crowd was investigated for throwing stones at opposition team staff, he wrote in his programme notes ahead of their replay against Aston Villa in the FA Cup.

Sam Hammam said “Football is war, we take nothing from nobody – and give it to everybody, always.”

Sam Hammam, a controversial businessman moved to the area for his love of his tennis and ended up buying Wimbledon who had seen four promotions in nine years under his stewardship.

#PLHistory #premierleaguestories on Feb 3 1993 – Blackburn Rovers stumble again as title challenge slips away with hero #NigelMartyn saving penalty
#PLHistory #premierleaguestories on Feb 3 1993 – I left because #HowardWilkinson couldn’t accept to live in my shadow – #EricCantona opens up about Leeds exit
We use cookies on our website to give you the most relevant experience by remembering your preferences and repeat visits. By clicking “Accept”, you consent to the use of ALL the cookies.
Do not sell my personal information.
Cookie settingsACCEPT
Privacy & Cookies Policy