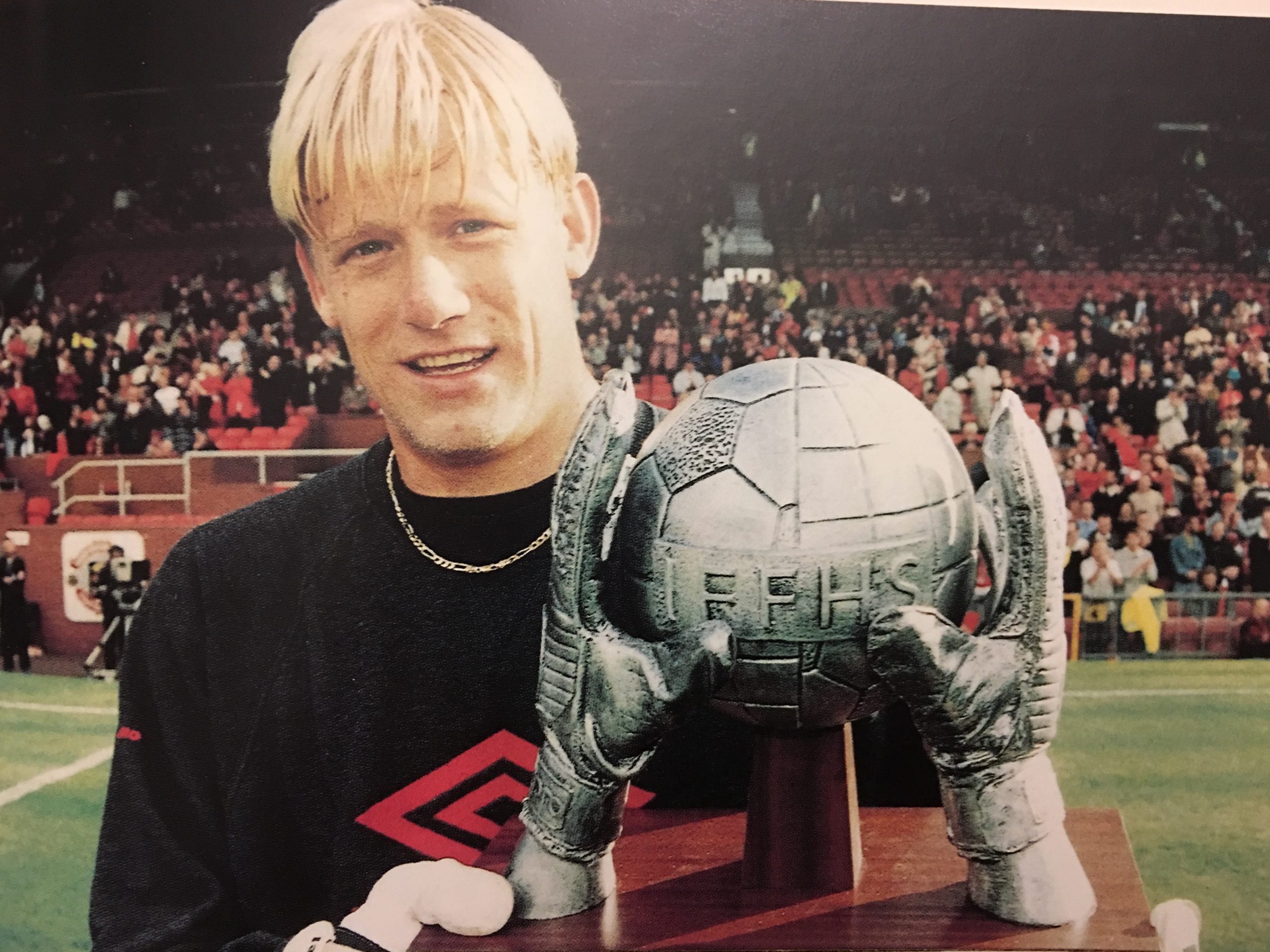 Blundering goalkeeper Peter Schmeichel threw the premier league wide open after his mistake meant United suffered their first defeat in 13 matches. United was helped by the fact that Aston Villa also lost 2-0 to Southampton and remained ahead on goal difference.

Dimitri Kharin, who played for the CIS in the European Championships last summer, will want to forget his home debut for Chelsea. He had to pick the ball out of the net after Paul Warhurst put Wednesday ahead with the first time shot from close range. Then at half time Kharin suffering from a groin strain, could not return and was replaced by Gerry Peyton.

Norweigian international Frank Strandli paid an instant dividend by scoring on his Leeds debut as Middlesborough’s famine of away wins continued. Standli, who completed a £350000 from IK stars just 35 minutes before the deadline but came off as a sub at 58th minute.

Other Results from that match day:

#PLHistory #premierleaguestories on Jan 30 1993 – Talented #StephenFroggatt may need surgery – #RonAtkinson
#PLHistory #premierleaguestories on Feb 1 1993 – Norwich City not good enough to win the league – Everton striker #TonyCottee
We use cookies on our website to give you the most relevant experience by remembering your preferences and repeat visits. By clicking “Accept”, you consent to the use of ALL the cookies.
Do not sell my personal information.
Cookie settingsACCEPT
Privacy & Cookies Policy