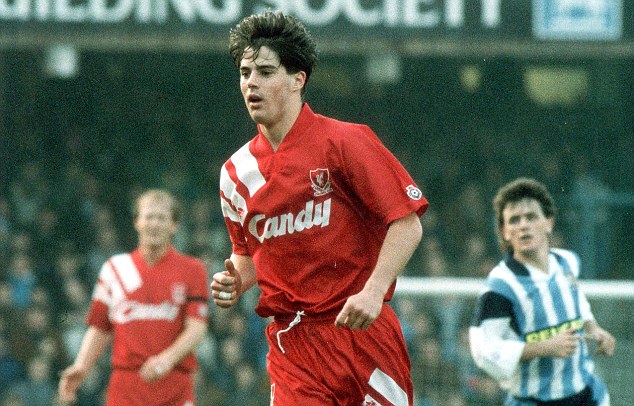 Jamie Redknapp was convinced that Liverpool would win the Merseyside derby against Everton to be played later that day and also prove that their challenge for the premier league title was alive. Earlier that season, signs of consistency in a transitional season at Anfield were wrecked by defeats at Tottenham and Spartak Moscow earlier that season. But Graeme Souness’s side with England ace John Barnes back in the line up were unbeaten in five matches. Former Bournemouth midfielder said, “The lads are very confident, we feel good and fees as though we can beat any team.”

Alex Ferguson was one of the happiest men at Old Trafford as he seemed to have solved two problems with just one solution. His lead striker Mark Hughes responded to the arrival of Eric Cantona with a goal as spectacular as the flamboyant Frenchman will ever score. Hughes must have been feeling the breath of Cantona on his neck in the fight for places at Old Trafford. Ferguson later said that he felt that Hughes could go on to enjoy his best season in terms of goals scored if he continued his goal-scoring form. United had a difficult start to the season with lack of goals being the main issue but the arrival of Cantona seemed to have changed all of it.

On the other side of Stanley Park, Everton’s preparation for the Merseyside derby were chaotic. Manager Howard Kendall finally ruled out two key defenders of the game and the third one was looking very doubtful. Kendall accepted that he would have to go without injured full-backs, Alan Harper & Andy Hinchcliffe. With central defender Martin Keown struggling with a foot injury, Everton pulled up the drawbridge and went back to the drawing board. Kendall refused to say whether he would change his tactical shape and revert to a straight 4-4-2.

#ClubInsight Chelsea get their goalkeeper in a £700000 with CSKA Moscow

Chelsea seemed to have given a huge gift to the Scottish side Rangers ahead of the Rangers and CSKA Moscow match for a place in the European Cup finals. Russians were knocked a huge blow by the news that their first team goalkeeper Dmitri Kharin had gone to Chelsea in £700000 deal only three days before the Euro Clash. The London club had been looking for a new first-team goalkeeper after Dave Beasant had been ousted from the first team after a series of high profile mistakes by the Coach Ian Porterfield. He had spent a loan spell at Grimsby Town as well as Wolves.

Roy Keane’s Nottingham Forest thrash defending champions Leeds & Other Stories From 06 Dec 1992
#mustread #PremierLeagueStories on Dec 8 1992 – Everton come back from behind to win the Merseyside Derby
We use cookies on our website to give you the most relevant experience by remembering your preferences and repeat visits. By clicking “Accept”, you consent to the use of ALL the cookies.
Do not sell my personal information.
Cookie settingsACCEPT
Privacy & Cookies Policy